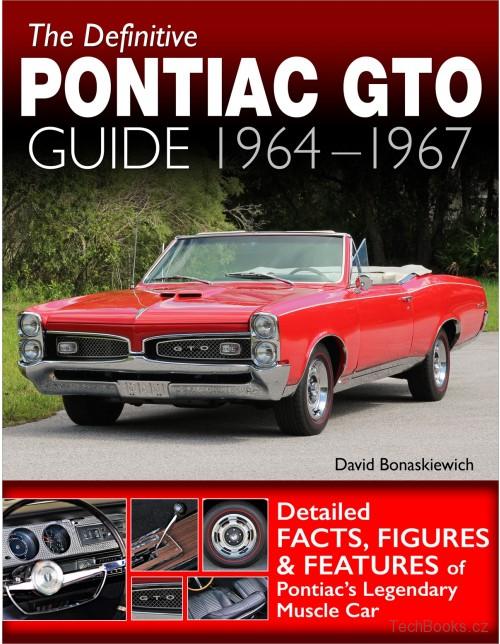 After a brainstorming session, Pontiac executives and engineers decided to slot a 389-ci V-8 into the intermediate-sized Tempest against GM rules and the GTO was created. Little did they know what a profound impact that decision would make. The GTO would become a sensation and later was recognized as the first muscle car of the 1960s. Visionaries Pete Estes, John DeLorean, and other key Pontiac executives knew the youth market was waiting for a bold, lightweight sporty car. When their staff toyed with the concept of putting the large V-8 in the car, Pontiac executives jumped on the idea to meet that perceived market demand. Pontiac had a high-performance street car that could light up its tires and outperform the vast majority of the cars on the road. It also reshaped Pontiac's image of a company producing stodgy, lumbering full-size cars into a high-performance youth brand.

Pontiac expert and long-time writer David Bonaskiewich delves deep into the GTO model and its history, bringing the equipment and options of this iconic muscle car into full focus. He reveals the hardware under the sheet metal: the V-8 engines, manual and automatic transmissions, rear differentials, interior options, color codes, and so much more. When the GTO was released in 1964, it was offered as a unique performance package to the Tempest, and high-performance enthusiasts stood up and took notice. Examined are the GTO's 4-barrel 389 with dual exhaust, 3-speed floor shifter, stiffer suspension, limited-slip differential, and heavy-duty cooling system. The 1965 GTO was restyled with more interior room being added, and the renowned 389 Tri-Power engine joined the lineup, cranking out 360 hp. By 1966, the GTO was a runaway success. Pontiac made the GTO its own model, and it featured a sleeker Coke-bottle styling. A convertible joined the hardtop, and a pillared coupe also joined the lineup. The 1967 Pontiac GTO was arguably one of most the superbly styled models ever, with a wide range of engines and high-performance hardware. All of these important upgrades, advancements, and model evolutions are covered in exceptional detail.

The GTO stands alone in the annals for muscle car history. Not only did Pontiac create a classic muscle car, it created the muscle car blueprint that other Detroit manufacturers followed in the years to come. A glossy surface overview of this iconic model does not do it justice. If you have been searching for the in-depth, nuts-and-bolts guide to GTO equipment and options, you need look no further.

By the mid-1960s, the American automotive market

This is the car that launched the muscle car era

The Pontiac GTO was the first I musclecar—and many

Whether you have an SS, Z/28, Rally Sport, Type