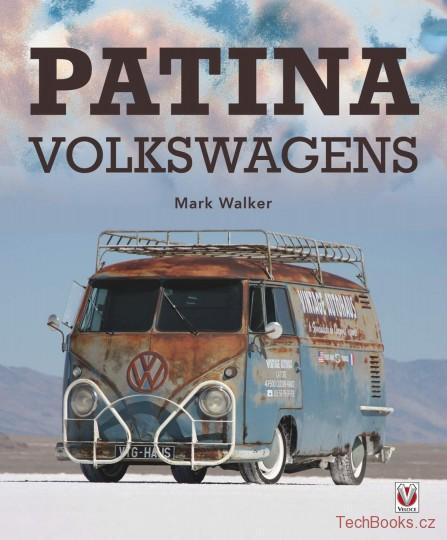  Explains what constitutes a patina Volkswagen
 Explores what made air-cooled VWs so iconic
 Presents the reasons why the Patina scene has become more popular than the restored car scene
 Explores the history and evolution of the Patina scene
 Looks at the specialist dealers, professional car builders, hobbyists and A-list celebrity owners
 Looks at car preservation, not restoration
 Focuses on both modified and unmodified cars
 Explores the different manifestations of the look
 Looks at both unrestored and preservation restored examples
 Explores the global car club scene surrounding the patina VW scene

Patina Volkswagens is the first book to look at how and why Volkswagens with original paint and patina have become so popular. The book explores the many different facets of this trending hobby, from the cars themselves, to the owners and the global scene surrounding them.

Since the early 2000s, the apparent explosion of interest in Volkswagens with original paint, rust and patina has inspired a generation of car fanatics, who might not be able to afford to restore a car to show condition, but still want a good looking, cool car that will stand out from the crowd.
Once looked upon as being in need of restoration, cars with original paint, rust and patina, especially within the global Volkswagen community, have gradually become far more popular than restored cars. When walking down a line of cars at a car show, its easy to see why; these cars are rare, unspoiled survivors  cars that tell a story of an interesting and varied past.
The look of the Volkswagens being built in this style is so honest, unspoiled and characterful, that it has begun to inspire the media; even Hollywood movie stars and celebrities. Whilst this has undoubtedly resulted in increased car values, and turned a brand of cars that had always been a cheap, honest mode of transportation into something cool with a high price tag, the generation it initially inspired has grown with the hobby, and produced a micro-industry that still manages to embrace the 'Built not bought' ethos.
This book, superbly illustrated with stunning colour photographs, takes an inside look at some of the key car builders, dealers, celebrities and hobbyists, as well as the different styles of build, meaning every single car has a style all its own.

Period Covered: 1943-1979 (to 2003 Mexican VWs)
Models Covered: All Air-cooled Volkswagens produced worldwide 1943-1979 (Europe) Also includes models manufactured until 1985 in Brazil and 2003 in Mexico. Models include: VW Beetle, VW Transporter T1 (1950-67), T2 (1968-79) Karmann Ghia (Types 1 and 3) Variant (type 3 models) including Fastback, Squareback and Notchback.
Models NOT Covered: Watercooled VW models produced since 1974
--
From antiques to vintage cars, suddenly the world has begun to appreciate time-worn objects. Patina tells a complex and interesting story that a restored car cant tell.
There are many classic VW books on the market, but Patina Volkswagens is different and tells a story of a scene within a scene.
Over 300 high quality photos of cars with seemingly endless character.

The story of the air-cooled era presented entirely

Laurie Pettitt knows more than most about the

The air-cooled four-cylinder VW engine has