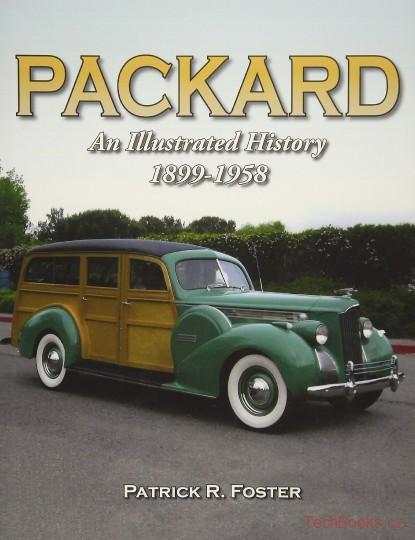 In the long and exciting history of the American automobile business one name stands out above others: Packard! For many years the cars produced by the Packard Motor Car Company were considered the best; a line of sedans, coupes, convertibles and limousines in a wide variety of factory body styles and a seemingly endless array of Custom coachwork. It wasn't because they were the most costly; a Duesenberg cost more. And it wasn't because they were the fastest; Stutz usually took that honor. The reason why Packard was so universally admired was because they built an entire range of luxury cars that were fast, sleek, luxurious, stylish, tasteful, wonderfully quiet, durable, reliable and rode well. Packard combined the finest attributes luxury buyers wanted in one beautiful package, and built them with pride. Packard quality was legendary, its engineering considered among the best in the world. And they were built by a company that was known as one of the best-run businesses in the world, solid, profitable, conservative and dependable. Packard stock was the envy of the market, its management was widely admired. Packards, it was sometimes said, were built by gentlemen for gentlemen. From the 1920s to the early 1950s Packard cars were among the most coveted in the world and was the luxury car market sales leader by a wide margin. Cadillac and Lincoln struggled to compete. In this new book author Patrick Foster details the history of a great marque, from its triumphant rise to its sad ending, detailing the tremendous cars it produced and the legend it created.

Marque of Excellence Ask the man who owns one.

Here we have the story of a firm which built

In its heyday a Packard was an esteemed luxury car