Inside the Rolls-Royce & Bentley Styling Department 1971 to 2001 (Paperback) 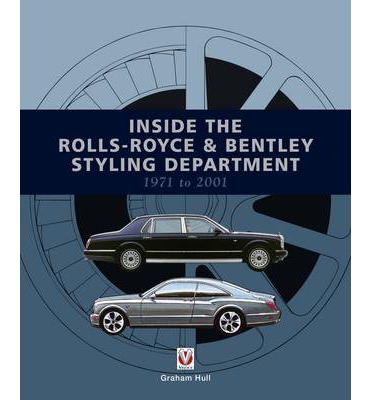 • Unique insider’s story of styling Rolls-Royce & Bentley cars
• How special commissions saved the company in the 1990s
• Previously unseen renderings of special commission and concept vehicles
• Bentley’s extraordinary re-birth, from barely 3% of production to the entire factory
• Fly-on-the wall view of the VW take over
• Candid reflections on the seven Managing Directors, from 1971-2001
• Describes project charts from the period
• The untold Corniche story – the last Crewe-built Rolls-Royce
• The untold story of the evolution of the Silver Seraph/Arnage
• The importance of Crewe’s interior design department

A unique and personal account of young designer’s journey after joining that most prestigious of marques, Rolls-Royce. Sometimes eccentric, often humorous, the workings of this uniquely British institution during a period of immense change are described in detail. Generously supported by previously unseen illustrations, the author’s story, from designer to Chief Stylist, pulls back the curtain concealing an idiosyncratic institution, motivated as much by pride, as the bottom-line.