Úvod »» John, George And The HWMS - The First Racing Team To Fly The Flag For Britain

John, George And The HWMS - The First Racing Team To Fly The Flag For Britain 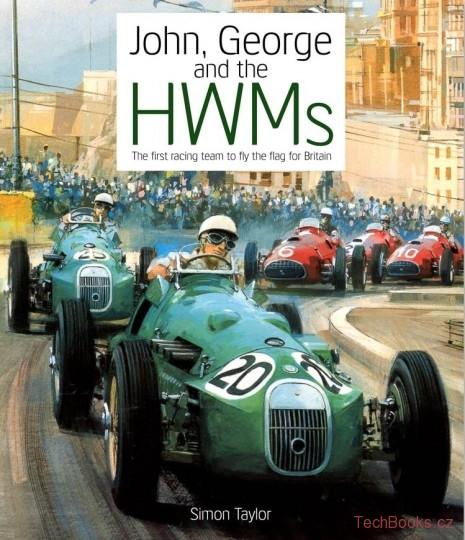 Founded by John Heath and George Abecassis, the HWM racing team set out in 1950, the year of the Formula 1 World Championship's inauguration, to race its Formula 2 cars all over Europe in a unique British endeavour. Always run on a shoestring, HWM's single-seaters achieved great results in flying the flag with mainly British drivers, most notably young Stirling Moss. In 1954 the team turned to sports cars, sometimes beating its Jaguar and Aston Martin works competitors, but Heath's death in the 1956 Mille Miglia was a tragic setback and the following year the team was wound up. Through the focus of HWM, this two-volume masterpiece paints an evocative picture of a period of motor racing that marked the beginnings of Britain's prowess in the sport. Volume 1 covers the story of the racing (1946-57) and Volume 2 covers the 19 individual cars and the men who raced them (1948-58). The beginnings of HWM (the initials of the garage Hersham and Walton Motors) and the two key characters behind the team - smooth, sanguine George Abecassis and mercurial, parsimonious John Heath. Racing the single-seaters around Europe (1950-53) with Stirling Moss, Lance Macklin and Peter Collins among the drivers. Switching to sports cars (1954-57), competing in Britain and across Europe, sometimes beating the big names. The individual histories of all the HWMs made are told in full, complete with their specifications and ownership chains. Coverage includes biographies of many of the fascinating and poignant people associated with HWM. Packed with superb period photos sourced from libraries and private collections all over the world.

2010 marks the 60th Anniversary of the World

"Grand Prix Yesterday and Today is so special...It