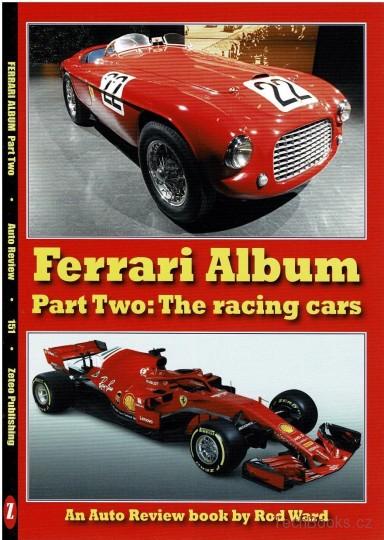 Auto Review has often managed to cover an entire marque history in one volume which at first sight seemed too big for a single publication. At other times the task has been too difficult, so if there is a logical division, we try to split a story over two or more volumes. That is the case here; Ferrari has been divided over two Albums, AR141 is devoted to road cars, and this publication, AR151 to competition cars. As any enthusiast can tell you, this is not a totally clean and clear division.
Yes, monoposto Formula cars fall on to one side, and luxury road cars on to the other. But many Ferrari Grand Touring road cars were produced in quantity to qualify for GT sports car races, and on the other hand, many Ferraris intended to be road-going sports cars were subsequently raced. This means that the line between road cars and competition cars is more blurred than we might like, so some car models feature in both Albums. We do not repeat here the story of Enzo Ferrari’s early days as a mule farrier in the Great War, or the changes of shareholding of his company in later years. All of this is described in AR141, including the story of Scuderia Ferrari, which raced Alfa Romeos between the wars. We take up Ferrari competition history after the Second World War; Enzo wanted to race cars in his own team, but he was a businessman who knew that, to finance his dream, he needed to sell cars to others. Enzo Ferrari had no formal engineering qualifications; his engineering degree was honorary, and, conservative by nature, he was sometimes slow to take up technological advances. He even regarded the study of aerodynamics as ‘only for those who could not muster enough horsepower’.
Since 1950 when the Formula One World Championship was established, Ferrari was the only team to compete in every season, though not always with great success.

Auto Review has often managed to cover an entire

Three giants of Italian motoring were born within