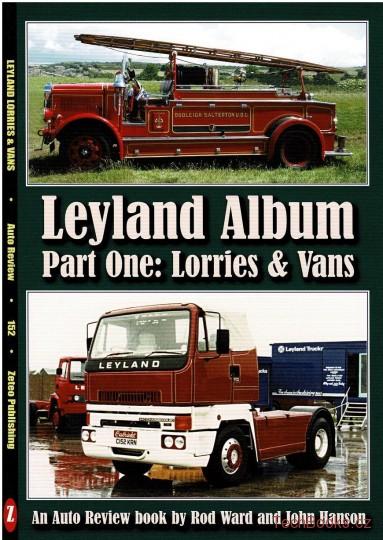 In 1896 the Lancashire Steam Motor Co was set up in Leyland, Lancashire. In 1907 it was renamed Leyland Motors, the firm rapidly taking a leading position in the British commercial vehicle market, providing Subsidy lorries in the Great War and many different designs in the 1920s and 1930s. After a massive contribution to the war effort in the Second World War, Leyland became the largest exporter of trucks in the world. Industry consolidation in the 1950s and 1960s saw Leyland take control of many of its erstwhile competitors among British commercial vehicle manufacturers, then the government took a hand. Most of the British vehicle industry was amalgamated into British Leyland. When it became Rover Group there was no place for Leyland in this car-making organisation, so the truck and bus divisions were privatised in management buyouts. In the 1980s Leyland Trucks was acquired by DAF, which collapsed into receivership in 1993. Leyland once again was the subject of a management buyout, a much smaller operation, and dependent upon DAF (which had been rescued by the Dutch government) for its export sales. In 1996 Paccar of the USA acquired DAF, and two years later it also took over Leyland. The joint operation produced a full range of trucks, all under the DAF brand when the Leyland badge disappeared in 1999. The truck factory continued to make vehicles in Leyland in the 21st century, but all DAFs.

Leyland Lorries and Vans by John Hanson was one of the first four Auto Review books, written in 1995, published in 1996. Nearly a quarter of a century later we have to update that early publication to 2019 and to current Auto Review standards, with almost three times as many illustrations, half of them in colour. There is a second new volume, Auto Review 154 Leyland Buses and Coaches, promised in 1996, but never delivered. John’s original text has been augmented and updated for this volume, with entirely new text for AR154. For further Leyland coverage, LDV and the Sherpa light vans are covered in Auto Review 061, and those Standard vans which were badged as Leylands are described in Auto Review 047a. The ex-BMC commercial vehicles which were adopted by Leyland will be described in Auto Review 163.