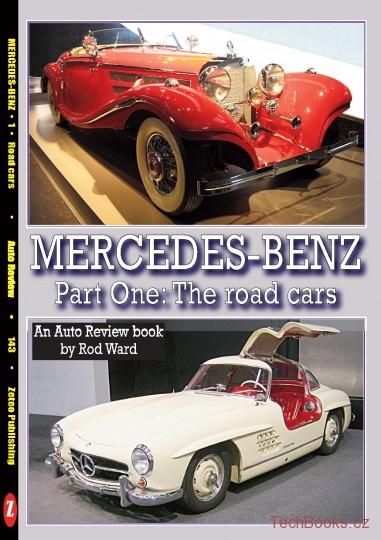 Gottlieb Daimler (1834-1900) and Karl Benz (1844-1929) made the first practical petrol-driven cars in the world, both of them in south-west Germany. Benz was first, with a three-wheeler vehicle in 1885 in Mannheim, followed separately in 1886 by Daimler in Stuttgart, with a more sophisticated four-wheeler. The Daimler Motoren Gesellschaft (DMG) later adopted Mercédès as its brand.
The two pioneers never met, but their companies are described in these pages, as well as the story of Daimler-Benz, set up in 1926 by the merger of the two firms. Over the next decades the Mercedes-Benz marque grew in strength and presence, due to dogged determination to stick to what they knew best; producing high-quality motor vehicles of all kinds. Mercedes-Benz trucks, vans, buses, fire appliances and cross-country vehicles will be described in Auto Review 146, including V-Class, X-Class and G-Class. Unimogs and MB-Tracs will be described in Auto Review 149. Success in competitive events helped to support the brand’s visibility and popularity for most of its existence, and the story of Mercedes-Benz in competition will be told in Auto Review 156. In this publication we describe Mercedes-Benz road cars, plus those made by Benz and DMG, as well as mentioning Maybach, both the man and the car marque.