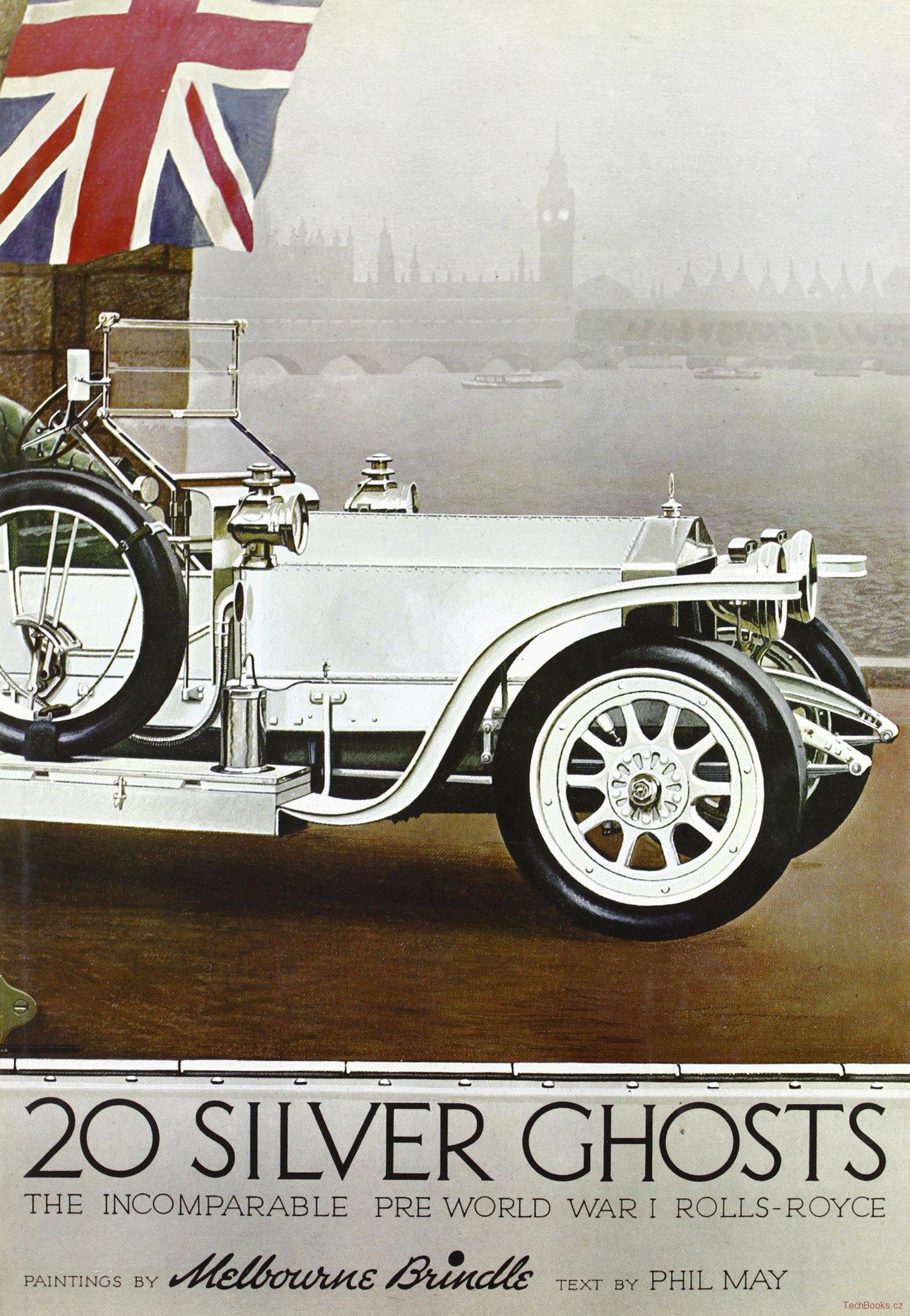 Rolls-Royce—the name conjures up a proud, clean-cut silver radiator surmounted by the famous "flying lady," but more than that it is a synonym for excellence. So classic, simple, and chaste, the original radiator has been passed down to us for the current Rolls-Royce cars, a distinctive heirloom well known throughout the world. No wonder that this car became an obsession for Melbourne Brindle even as a young boy; he actually manufactured a "Rolls" from original parts he was able to secure and the chassis of another car he owned. Mr. Brindle left his native Australia as a young man bound for America, and soon was successful enough as an artist to afford an original Rolls-Royce, and a number of other vintage cars along the way. Still obsessed by the first Rolls-Royce he ever saw—the Silver Ghost—he be-gan to make paintings of the best examples he could find. One of the results of his enduring enthusiasm is the magnificent collection of paintings now published in 20 SILVER GHOSTS. Several of the cars Mr. Brindle has painted no longer exist, but through diligent research in the archives of the Rolls-Royce Company and its dealers, contemporary periodicals, personal papers of owners and collectors, and interviews with associates of Rolls and Royce, Mr. Brindle was able to faithfully recreate these notable cars. The first painting shows the original 1907 Rolls-Royce Silver Ghost, which is considered by classic car con-noisseurs to he the most valuable automobile in exist-ence. It is still in good running condition after more than fifty years and a half-million miles on the road. Dubbed "Silver Ghost" for its silent and smooth passage, it lent its name to the superb series of cars which follow in this handsome album of paintings. In the early days a Rolls-Royce was sold without its body, for customers able to afford this superb car were also interested in making it even more distinctive -through custom bodies of their own preference. Mr. Brindle selected his twenty cars, therefore, not only for their historic associations but for the sheer beauty and variety of body styles that the famous Silver Ghost chassis wore in those palmy days before World War I. In addition to the beautiful paintings, the book has an informative text by Phil May that gives us a short biog-raphy of Mr. Royce and Mr. Rolls, a history of the hey-day of these cars—the Edwardian Era—and the history and background of each of the twenty cars and what is known of their owners.

Stretching back almost to the beginnings of

On the occasion of three anniversaries: the 150th

The latest volume in the Complete Classics series