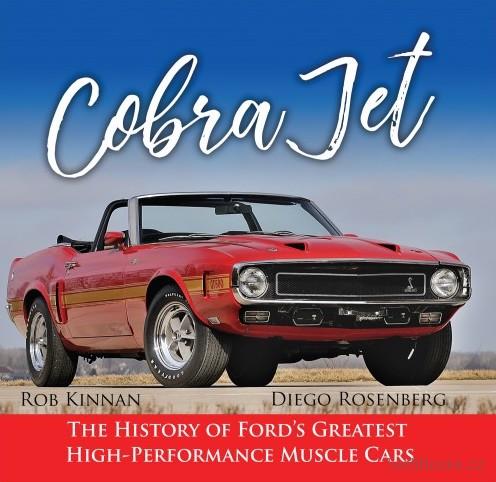 Ford's Total Performance racing program in the early 1960s was the first stone turned in the task of repurposing its image to the youth market. The introduction of the Mustang increased that exponentially, but even in 289 Hi-Po form, it was no match for the Pontiac GTO or other muscle cars. Neither was the 1966 Fairlane GT or subsequent 390 Mustang the following year. But when the 428 Cobra Jet Mustang debuted at Pomona for the NHRA Winternationals in 1968, that image evolved from wholesome to fearsome!

Cobra Jet Mustangs downed all comers and took the vaunted Super Stock Eliminator crown while introducing a new weapon under the hood. By the next model year with the revolutionary shaker hood on Cobra Jet-equipped Mach Is and the striking snake adorning the sheet metal of the midsize Cobra, Ford's image makeover was complete. The demise of the muscle car era didn't signify the end of the Cobra Jet, as Ford continued the performance reign with the 351 Cobra Jet.

The legacy left by Mustang, Cougar, Torino, Cyclone, and Ranchero 428, 429, and 351 Cobra Jet-powered vehicles is indelible. Mustang Monthly editor Rob Kinnan and muscle car expert Diego Rosenberg bring this history back to life in an all-encompassing book that is the first to specifically feature all Cobra Jet cars, including the purpose-built drag cars of today! Cobra Jet: The History of Ford's Greatest High Performance Cars will hypnotize you as the first and complete history of Ford's most famous engines during the era's peak.

Not to be outdone by Chrysler, Ford had to build

Read the exciting story of some of America's