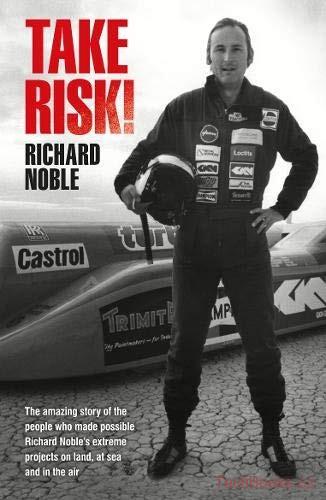 The amazing story of the people who made possible Richard Noble's extreme projects on land, at sea and in the air

This is a very different book from the traditional speed-merchant genre. Richard Noble has had the ambition all his adult life to see Britain excel in engineering on the world stage and throw off the country’s dismal culture of safety first and risk aversion. His achievements in the highly insecure world of record-breaking emphatically demonstrate his commitment to his cause: he brought the Land Speed Record back to Britain in 1983 when he drove his Thrust 2 car to 633mph and 14 years later he led the ThrustSSC team to achieve the first supersonic record at 763mph with Andy Green driving. In his book Take Risk! he tells the extraordinary stories of his 11 projects in record-breaking and aviation that all saw people and companies go out of their way to join him in his exciting endeavours — and take risk.