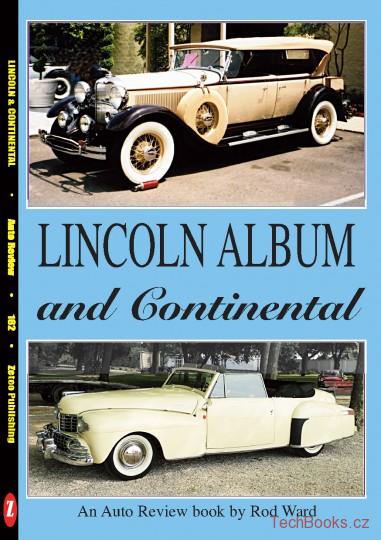 Lincoln became part of Henry Ford’s automotive empire in 1922, but its origins go back to a much earlier firm set up by Henry Ford in 1899, the Detroit Automobile Co, which collapsed in 1901. His financial investors relaunched the firm as the Henry Ford Co, but in 1902 Henry found different backers and left to set up another firm, the Ford Motor Co. The Henry Ford Co was ‘rescued’ by Henry M Leland, who renamed it the Cadillac Automobile Co, which was acquired by W C Durant in 1909 to become part of General Motors. In 1917 Leland left Cadillac to set up a company to produce Liberty aero engines. This was the Lincoln Motor Co, which turned to building cars after the Great War. When that firm failed in 1922, it was bought by Henry Ford, who put his son Edsel in charge. Large and expensive cars were produced in the 1920s and 1930s, but when that market weakened, Edsel produced the futuristic Lincoln-Zephyr and the Continental. Edsel died in 1943, and after the war his Lincoln marque was coupled with the Mercury brand as Lincoln-Mercury. Lincoln continued to compete with the luxury brand leader Cadillac, but it would never match the GM product for sales. Continental was relaunched as a separate brand with the Mark II in 1956, but it was soon re-absorbed into Lincoln. By 1999 Ford had set up the Premier Automotive Group to include Jaguar, Aston Martin, Land Rover and Volvo as well as Lincoln-Mercury. When all of the other PAG marques were sold, and then Mercury closed in 2010, Lincoln was left as the only luxury brand in the Ford group. Lincoln supplied Presidential limousines, until the White House turned to Cadillac in the 21st century, by which time Lincoln was making SUVs and crossovers, as well as sedans and limousines.

When we hear the name 'Lincoln' we think first of