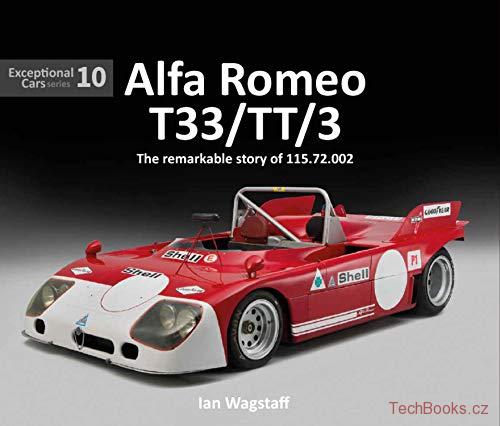 The Alfa Romeo T33/TT/3 was produced by Alfa&;s Autodelta racing department, under the guidance of Carlo Chiti, to compete in the 1972 World Championship for Makes. Hopes were high, as the previously dominant Group 5 racers (including the Porsche 917s and Ferrari 512s) had been outlawed in favour of 3-litre Group 6 cars, such as the Alfa. However, the Alfas struggled to take the fight to the well-developed and reliable Ferrari 312PBs, though scored regular podium positions. The highlight was a second place in the epic Targa Florio Sicilian road race, where Helmut Marko put in a stirring drive to come within seconds of victory. Marko was driving chassis 115.72.002, the most successful of the T33/TT/3 chassis

Alfa Romeo T33/TT/3 tells the full story of the T33/TT/3, with an emphasis on the fascinating history of chassis 115.72.002, which competed in seven world championship rounds in 1972. The car would later have a unique second career on the race circuits and hill climbs of Greece, before racing in Japan and South Africa prior to an eventual return to Europe, where it is still a frequent competitor in historic events. The unique history and success of 115.72.002 makes it a worthy addition to Porter Press&;s acclaimed Exceptional Cars series.

CMC 614 is the registration number of an historic

This book focuses exclusively on the development