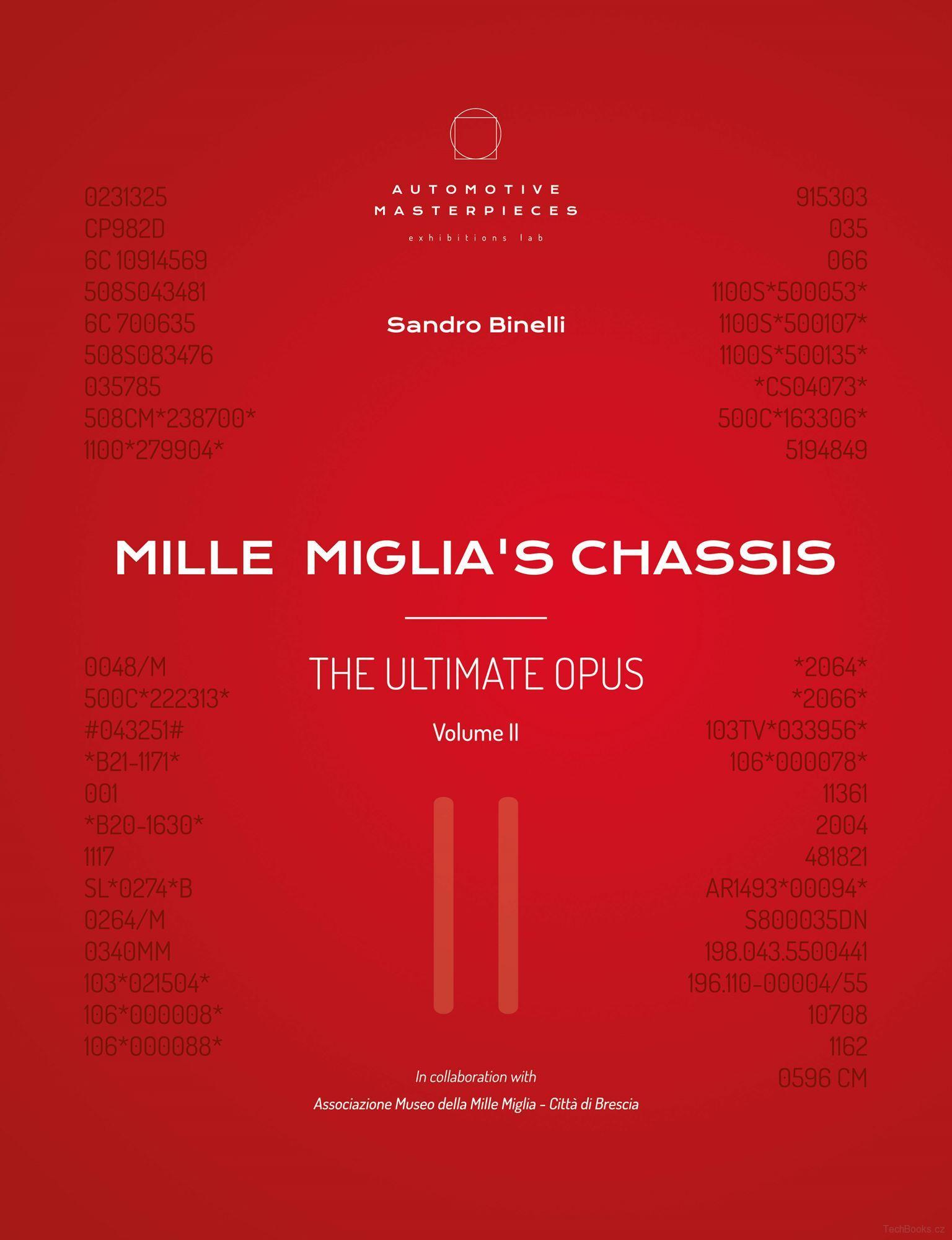 MILLE MIGLIA’S CHASSIS is on its second date, with this “Volume 2”. This second chapter of the project continues along the lines of the first: a journey through the cars that took part to one of the most famous races of motorsport’s golden era.

It is an ambitious project and still the first of its kind: its aim is to document all the cars which participated at every edition of the original race between 1927 and 1957.

This will allow the reader a full-immersion reading to experience the era even today. MILLE MIGLIA’S CHASSIS “Volume 2” is part of a series of 10 foreseen volumes.

To conclude, a third separate list comprehends the categories of the car according to AUTOMOTIVE MASTERPIECES, the stone from which spring the pages of the book, and includes all the races and events in which the car took part all over the world in the years.

Moreover, the cars that participated from 1958 to the events in the name of the Mille Miglia appear in another section of the book.

In this second volume of the series there will be 45 cars featured which took part in the original editions of the race, plus another 10 of those participating in events under the Mille Miglia name from 1958 to today.

From this book a renewed story of the Mille Miglia

First held in 1927, and staged periodically over

Ninety years ago the first Mille Miglia was held

MILLE MIGLIA’S CHASSIS is a journey through the