Úvod »» Riva in the Movie

Riva in the Movie 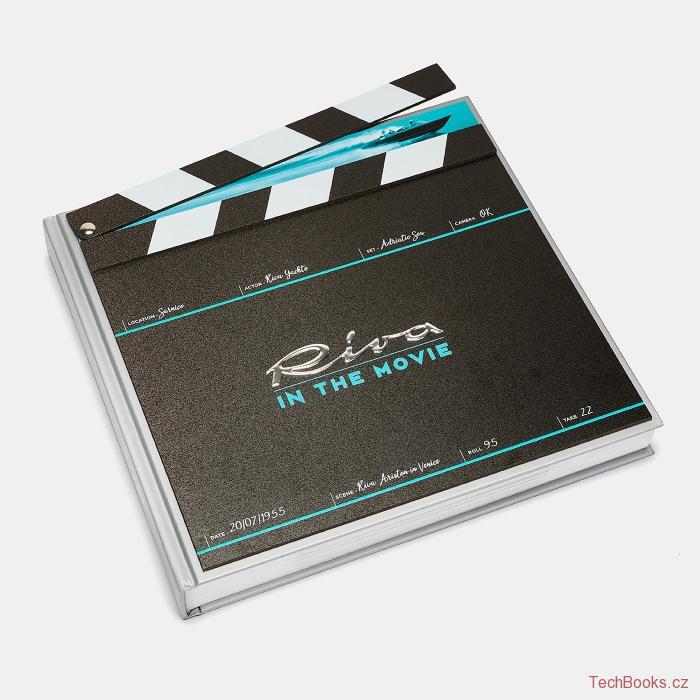 Yachts, camera, action! Over more than 60 years, numerous stunning, spellbinding Riva vessels have made appearances on cinema and television screens all over the world: from auteur films to the biggest blockbusters and huge national hits.
With breathtaking photos and unmissable reviews, “Riva in the Movie” tells the stories of the numerous films in which Riva creations have played important roles, in many cases taking centre stage and stealing the spotlight from nationally and internationally renowned stars.
This fascinating cultural and publishing project features 300 pages, 39 films with their original posters, 300 pictures of scenes and life backstage, 77 actresses and 110 actors. They all come together in an exquisite, enchanting book whose words and pictures masterfully intertwine the stories of the modern nautical and film scenes.
Every film is accompanied by a summary of events from the year when it was released and an overview of a Riva model from the time. This helps to paint a detailed picture of society and the world as a whole in the period in question.
The films were shot in some spectacular locations, including the French Riviera, Venice, the Costa Smeralda, Lake Como, Ischia, Capri, Lake Maggiore, Forte dei Marmi, Cannes and Nice. The many A-Listers that can be seen on board Riva yachts include Sophia Loren, Brigitte Bardot, Clark Gable, Pierce Brosnan, Liam Neeson, George Clooney, Matt Damon and Vincent Cassel.
“Riva in the Movie” tells a captivating story with a thread in Riva’s trademark aquamarine hue running through it all of the way from Mambo starring the divine Silvana Mangano in 1954 to 2019’s Men in Black: International with the handsome Chris Hemsworth, who also plays Thor from the Avengers.
The unmistakable style of Riva yachts, which are described and pictured in all of their glory, has lit up films of all kinds for more than 60 years: from the drama of Contempt and Il Sorpasso, Agatha Christie mysteries and thrillers such as Nikita to a number of instalments in the James Bond series and Italian comedies, including Vacanze di Natale, Yuppies and Suddenly Paradise, not to mention genres that have been confined to history such as the “musicarelli” that showcased the talents of Mina, Domenico Modugno, Al Bano and Romina Power. “Riva in the Movie” will appeal to film fans (the reviews by Franco Barbolini are full of interesting facts and details about the production of the films) and all lovers of the legendary Riva, which is dazzlingly, entrancingly depicted thanks to numerous old photographs and meticulous descriptions of every model.

This book is a fascinating and nostalgic look back

Cena pro Vás 830 KČ
Vignale: Ferrari And All The Others

Alfredo Vignale was one of the most illustrious