All Corvettes Are Red - Inside the Rebirth of an American Legend 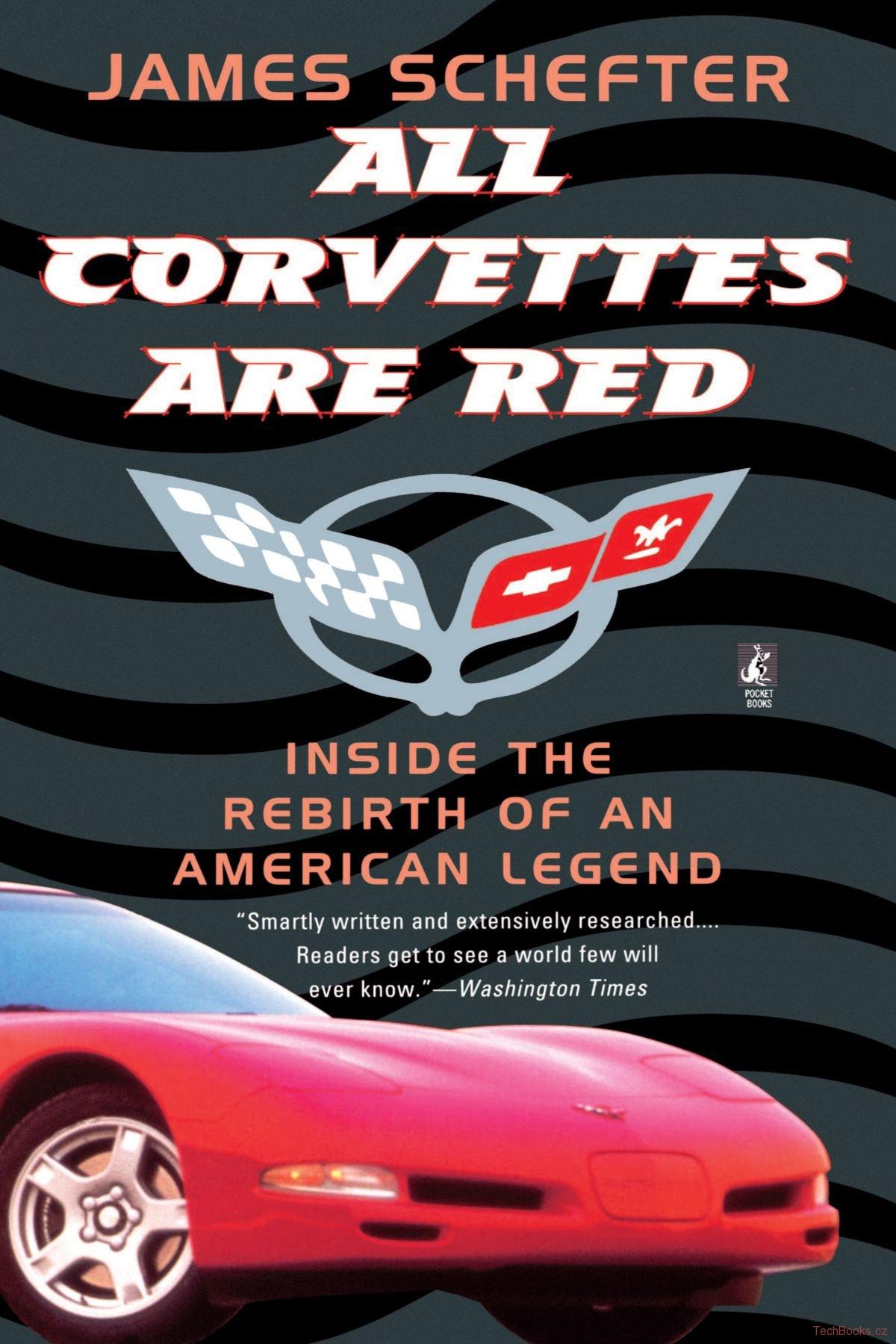 For eight years. Schefter enjoyed unprecedented access to every part of GM, including areas off-limits to many company VICE presidents. A true insider. hE observed the new Corvette's odyssey from sketch to clay model to prototype to production vehicle. HE accompanied test drivers to scorching deserts and snow-packed mountains. And he came to know the fiercely dedicated team of designers. engineers and executives who fought and achieved their dream: a new Corvette that is better conceived, better built, and less expensive than its predecessors. The Corvette's odyssey to reclaim its glory is a thrilling testament to the Endurance of the American spirit.

"Schefter traveled everywhere with the Corvette team .. The result is an insider's account not just of the [1997] Corvette's birth, but of the whole agonizing and often arcane product-development process at GM." —Paul Lienert, Automobile "That Schefter persisted with the story is as much a tribute to crack journalism as the latest 'Vette is to classic sports cars." —Ken Gross, Automotive Industries"A TRUE LABOR OF LOVE ..Chevy and Corvette lovers and especially sports-car enthusiasts will lap up this first-ever behind-the-scenes look at GM." —Joe Collins, Booklist No American car carries the mystique of the Corvette, and Early in 1997. General Motors unveiled the stunning fifth-generation Corvette to universal acclaim. But GM's triumph was hard-won--the legendary sports car had nearly fallen victim to internal company politics and a squeeze on profits. In this candid and compelling book. journalist James Schefter reveals the inside story of the people who saved and reinvented the Corvette. from the drawing board to the assembly line.

However perfect a Corvette may be, it can always