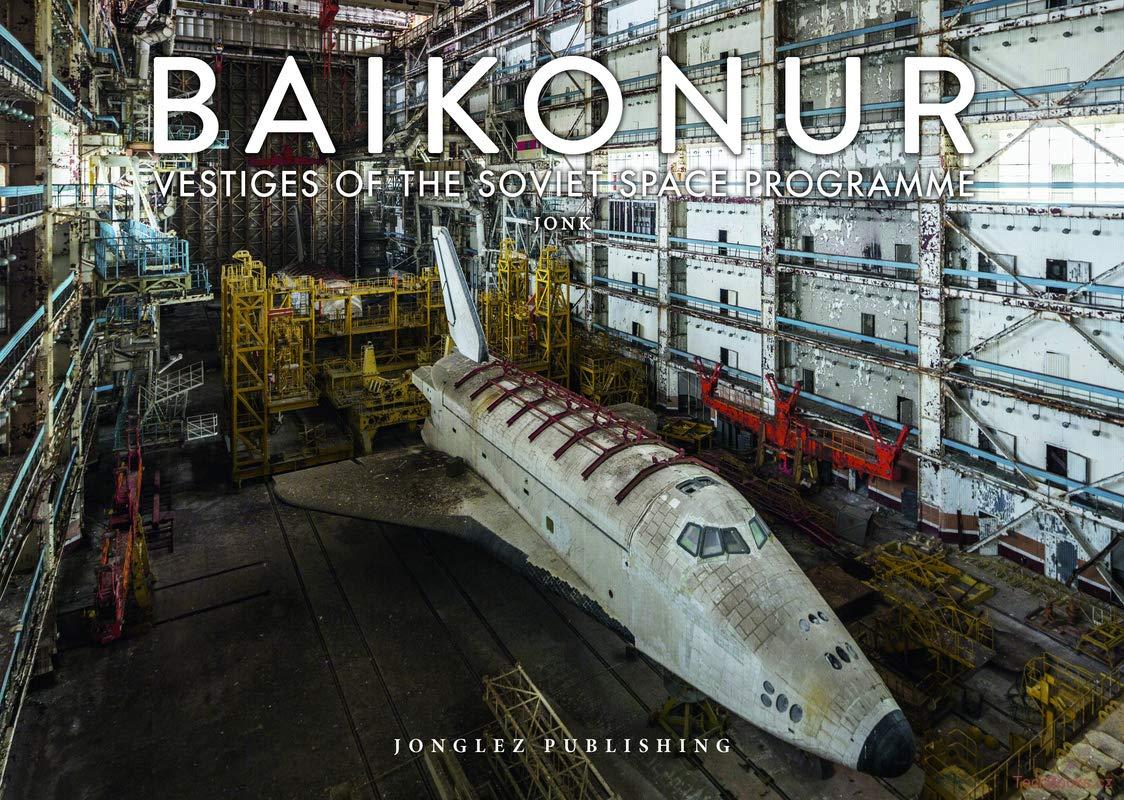 The Baikonur Cosmodrome in Kazakhstan was created by the Soviets in the 1950s. It was from Baikonur in 1988 that the first Soviet spaceplane, Buran, was launched, in response to the United States Space Shuttle.

The Buran programme would officially end in 1993 during the presidency of Boris Yeltsin, with only one Buran launch ever taking place — in 1988. Thereafter, parts of the Baikonur Cosmodrome fell into disuse, notably the sites connected with the launch of these Soviet craft. The two shuttles that were completed remain abandoned there,
laid to rest in this atmospheric place.

This is the first time that photographs of these spectacular locations have been published in a book.

Jonk travelled 20km through the Kazakh desert under cover of night, entered the hangars clandestinely, and spent three nights there under the radar of military security to produce a truly incredible photographic reportage of what is considered today the world’s most important urban exploration site. Jonk reveals to us his excellent collection of photographs taken in the disused part of the Baikonur Cosmodrome. As well as providing us with these amazing pictures, he describes for us the incredible adventure of visiting a location that is unique in the world.