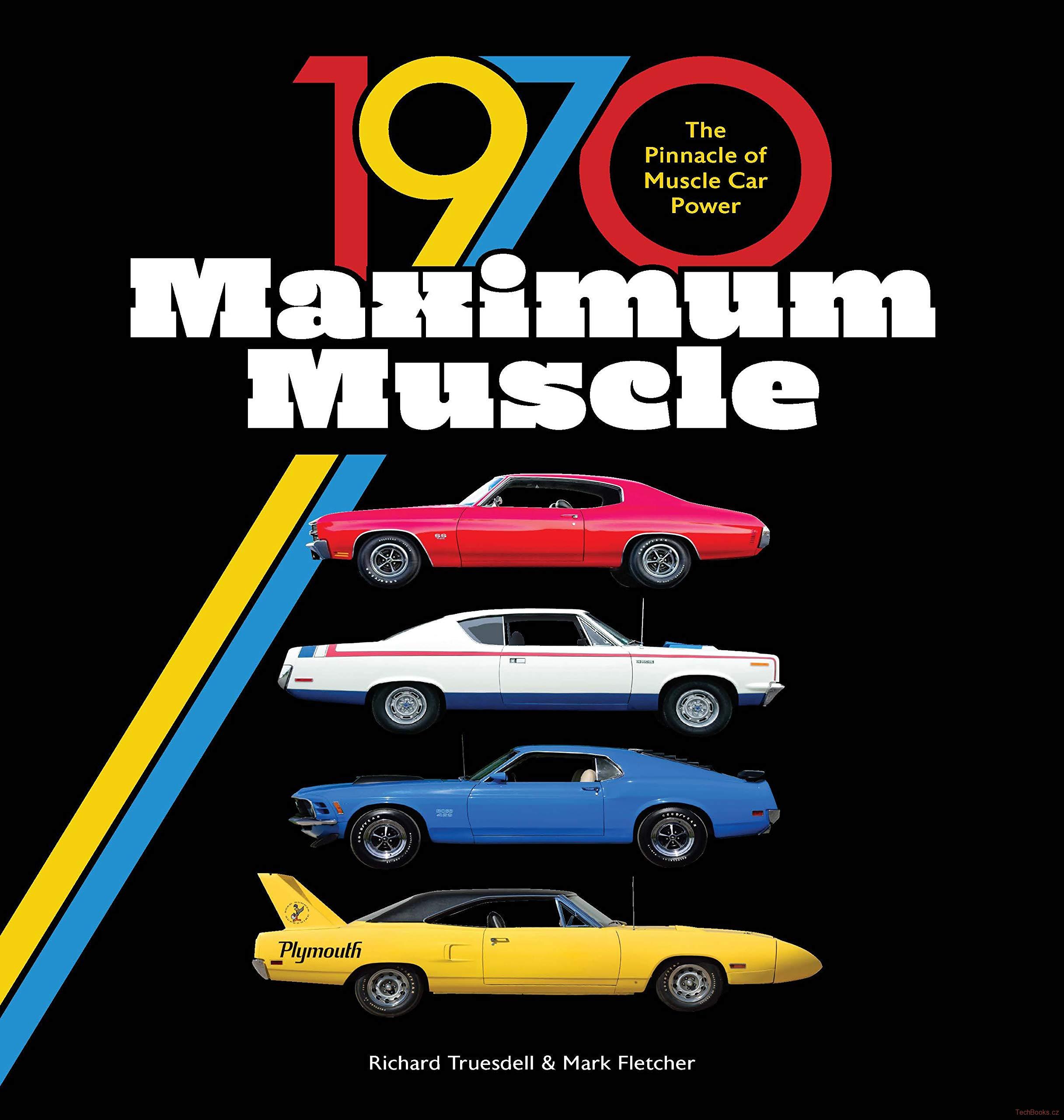 In 1970, the American muscle car was as fast and outrageous as it would ever get. But the end was nigh, and 1970 Maximum Muscle dives head-first into the storm before the calm.

Wherever you mark the beginning of the muscle car era—Oldsmobile’s 1949 Rocket 88, Chrysler’s 1951 FirePower engines, the 1964 Pontiac GTO—one thing is certain: in 1970, the era that had witnessed a parade of gloriously powerful, stylish, and brawny cars apt to make the hearts of even the most dispassionate squares go pitter-patter was sucking fumes. Gasoline shortages, skyrocketing fuel prices, insurance-industry bean counters, rising ecological concerns, and new, more fuel-efficient imports all conspired to consign the American muscle car to an ugly and unseemly denouement. Yet 1970 saw the actual zenith of the cars themselves, the year manufacturers pulled out all the stops and produced the most powerful and stunning machines the automotive world had ever seen.

1970 Maximum Muscle not only explores the factors that led to the decline of the most exciting era in the American automotive industry, it details some of the new models and model options that arguably made 1970 the climax of the muscle car era from engineering, styling, and cultural standpoints. As the war among GM, Ford, Chrysler, and AMC played out at dealerships, dragstrips, and drive-ins, ready-and-willing gearheads drove off dealer lots in potent behemoths like the Buick GSX, Oldsmobile 4-4-2, and Ford Torino Cobra. Muscle car stalwarts like the SS Chevelle, Pontiac GTO, and Plymouth ’Cuda became available with optional LS-6, Stage 1, and Hemi engines, respectively. Manufacturers ratcheted up the advertising hyperbole at the same time, offering performance packages with names like “Six-Pack,” “Ram Air,” and “Cobra Jet,” while spoilers, scoops, hood tachometers, and decal packages were de rigueur. Meanwhile, on the popular SCCA Trans Am circuit, top drivers campaigned more nimble muscle off-the-rack cars like the Camaro Z/28 and Boss 302 Mustang.

1970 Maximum Muscle is an entertaining and rollicking look at the muscle car's peak year!

Many of the most popular cars of the muscle era

Colorful package distills the essence of the 27

During the height of the muscle car era, Ford,