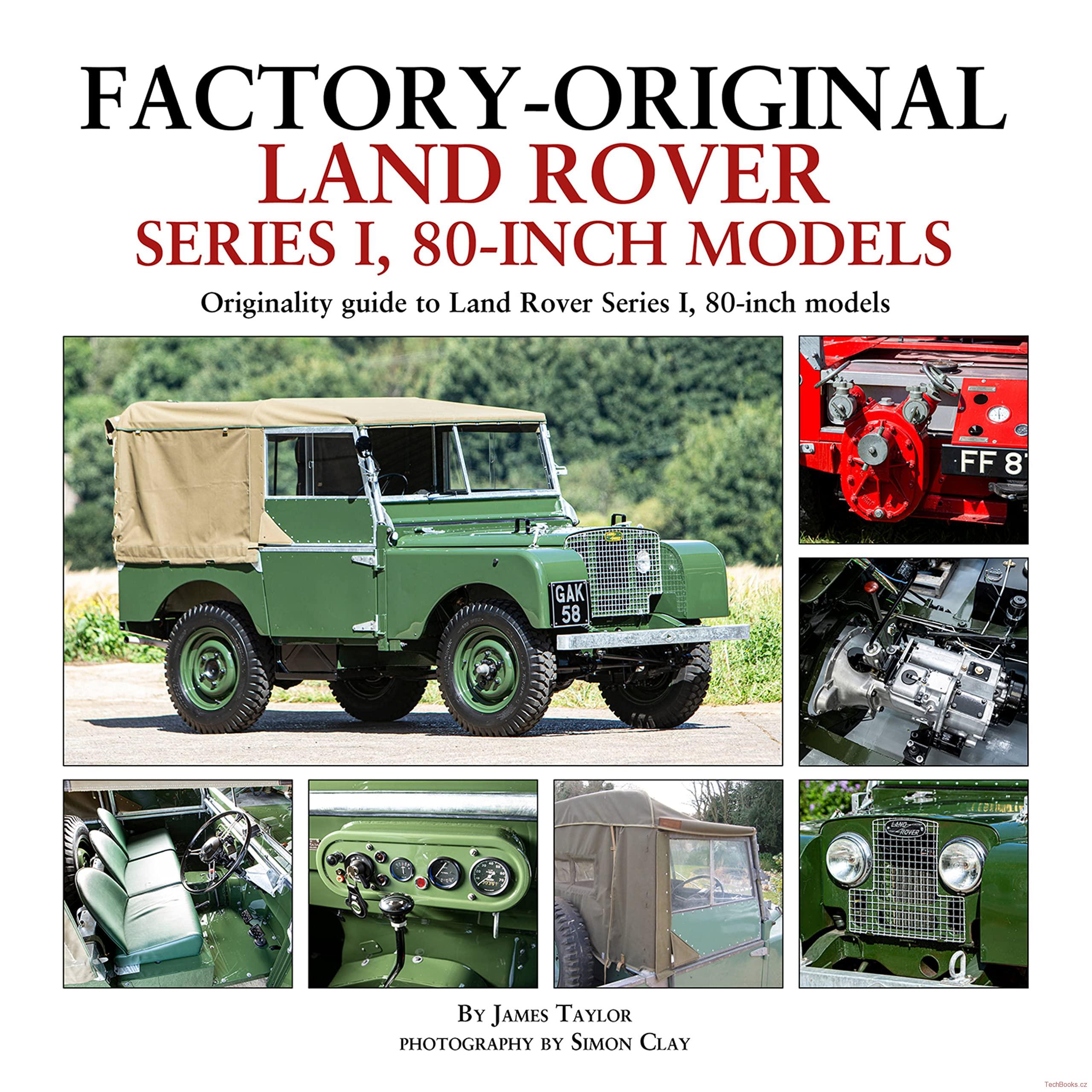 It was back in 1996 that James Taylor’s book Original Land Rover Series I was first published, and it has been in print and in constant demand ever since. In recent years James has been engaged in further research and the gathering of new information for a much larger and more detailed work about the Series I, so this substantial new book is dedicated to the 80-inch models alone, with the Series Is on other wheelbases to come in a later volume. The aim remains the same as it was for the 1996 book: to provide a detailed guide to correct factory specification and equipment for all models.

The Land Rover was a huge success for its makers right from the start in 1948, when it was introduced as a product to keep the Rover factories busy in the difficult economic times that followed the Second World War. Developed with a speed that was remarkable even for the relatively unsophisticated vehicles of those days, it was regularly updated in both major and minor ways over the next five years as improvements became necessary or suggested themselves.

It is the fine detail of those improvements – some intended to simplify build procedures and others to give the customers a better product – that lie at the heart of this book. For owners and enthusiasts seeking to return an 80-inch model to its original ex-factory specification, or to identify non-original features, it aims to demystify the huge succession of changes that were made on the assembly lines, recording not only what happened but also why.

With the aid of Simon Clay’s photography of some superb examples of the marque, correct details are shown on both complete vehicles and on some under restoration to give the dedicated enthusiast the knowledge needed. In this book, leading Land Rover historian James Taylor is your guide to the multiple changes in specification that affected the 80-inch Land Rovers built between 1948 and 1953

Land Rover - The Incomparable 4x4 from Series 1 to Defender

It never ceases to amaze some people that there is