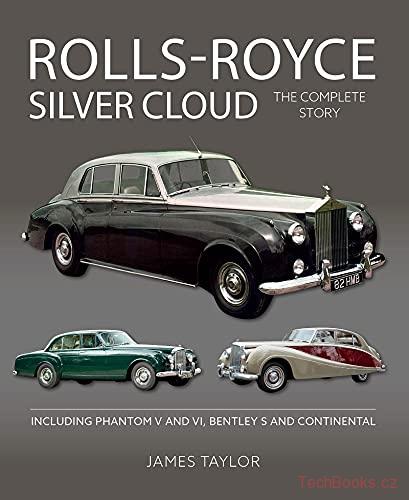 Including Phantom V and VI, Bentley S and Continental

The Rolls-Royce company acquired Bentley Motors in 1931 and, although models continued to be produced with the Bentley name, they increasingly used many Rolls-Royce components. By the time the Silver Cloud and Bentley S were released in 1955, they were really differently badged versions of the same design. Yet the sporting tradition of the Bentley marque was upheld with the exotic Continental models that were derived from them. The Silver Cloud family represents a pinnacle for the Rolls-Royce company. The cars all had and still have a very special presence, and the standard saloons have an unsurpassed elegance and rightness of line. The special-bodied cars, meanwhile, are reminders of an age when the skill of the best coachbuilders was something deserving of universal admiration. With around 190 photographs, this book features: The story of the design and development of the Rolls-Royce Silver Cloud and Bentley S Type; A look at the production development of these cars between 1955 and 1965; An examination of the Bentley Continental models that were derived from Silver Cloud and S Type design; The history of the Phantom V and Phantom VI limousine chassis introduced in 1959 and destined to last until 1990; Full technical specifications, including paint and interior trim choices; Production figures and chassis codes and finally, a chapter on buying and owning one of these wonderful classic cars.

Stretching back almost to the beginnings of

Cena pro Vás 379 KČ
The Spirit of the Age

This definitive book covers the story of the

The definitive history of the Rolls-Royce Silver