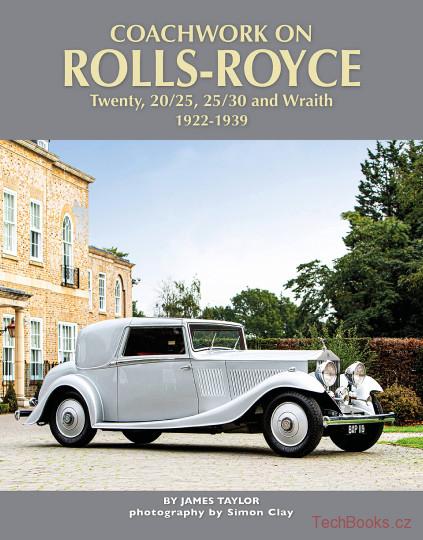 When Rolls-Royce introduced its new junior model, the Twenty, in 1922, there was no question of the company supplying coachwork for it. That was the job of the myriad specialist coachbuilding firms, large and small, both in Britain and overseas. Customers went to a coachbuilder of their choice, asked for what they wanted, and got it. It was a system that remained unchanged in principle throughout the period, as the Twenty gave way to the 20/25, that model in turn was succeeded by the 25/30, and the Wraith became the final junior Rolls-Royce before the Second World War brought a great and glamorous era to an end.

From the relatively well-known Abbott of Farnham, to the little-known Wyllie & Lochhead in Glasgow, British coachbuilders across the country stepped up to the plate and delivered their best on these chassis. Among them, great names such as Barker, Gurney Nutting, HJ Mulliner and Park Ward led the field with some outstanding designs, many of them produced in small quantities (but always with individual touches). Outside the British Isles, but in far smaller numbers, there were bodies from the likes of Kellner and Saoutchik in France, Erdmann & Rossi in Germany, Gangloff in Switzerland, and Brewster in the USA.

The work of all these coachbuilders and many more is covered in this book, which for ease of understanding divides each coachbuilder’s creations up according to the host chassis and the different styles – saloon, limousine, drophead coupé, and so on. Rolls-Royce owners will particularly appreciate the inclusion of chassis numbers for all the cars bodied by each coachbuilder, a feature which makes this book a valuable reference work as well as a visual treat.

With well over 250 photographs, many in colour by distinguished photographer Simon Clay, this book celebrates the style and flair of a bygone era, and provides a vital fund of information for the many enthusiasts and owners who care about these fine cars today.

When Rolls-Royce and its Bentley subsidiary began

This series of books encompasses most of what has

This is a history of the Rolls-Royce motor car