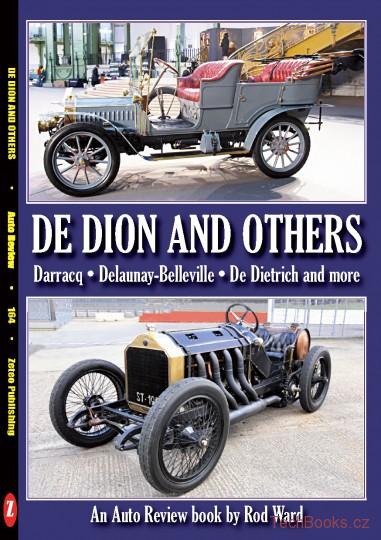 While we were developing the Auto Review books on Delage and Delahaye, it became obvious just  how many other important and interesting French vehicle marques began with the letter ‘D’. No doubt this is partly a linguistic phenomenon, due to ‘de’ and ‘du’ appearing so often in the French language, but that gave us another puzzle. French surnames have a small ‘d’ on the de or du, but once the name was applied to a car marque, it would often have a capital ‘D’, as in De Dion for example. We hope that we have capitalised the ‘D’ only where appropriate in this publication. Whatever the case, it was apparent that French ‘D’ marques would make an interesting subject for an Auto Review publication, gathering into one place some important marques. The famous automotive pioneers De Dion were among the largest car makers by volume in the early years of the 20th century. Then there is Delaunay-Belleville, described as the ‘best car in the world’ in the Edwardian era, especially by French enthusiasts. We also include in these pages Darracq, De Dietrich, Decauville, DFP and many other interesting companies. The stories of these firms are set in their historical context, with accounts of preceding or following entities. Some companies changed their identity; De Dietrich became Lorraine-Dietrich, then Lorraine, and the Darracq company was renamed Talbot, the name under which its cars had previously been sold in France. It is notable how many early vehicle manufacturers were based in Paris or its environs (Puteaux, Neuilly, Suresnes, Courbevoie, Ivry, Créteil, St Denis etc) with only a relatively few other makers scattered around the rest of the country. This pattern would change with the ‘modern era’, when cars would be manufactured all over France, not just in and around the capital city.

CADILLAC: An American Icon published by Rizzoli in

This volume, photographed entirely in America, is