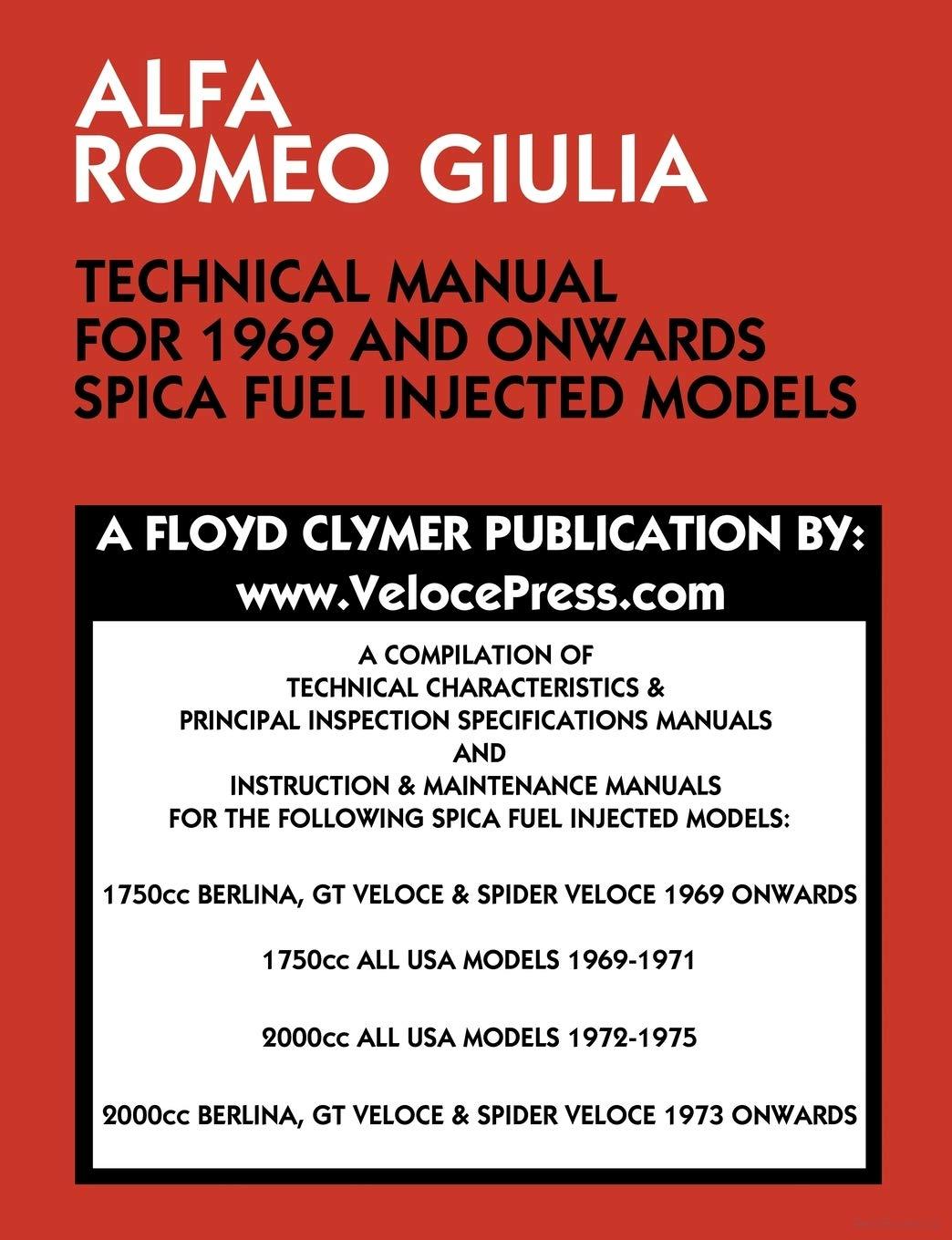 It should be noted that Alfa Romeo never published an 'all inclusive’ workshop manual for the Giulia series of automobiles. Instead, they produced a number of individual ‘Technical’ publications that provided model specific information plus individual ‘Mechanical Repair’ publications that were focused on the overhaul and service of various mechanical and electrical components. The intention was that these two separate publications were to be used in conjunction with each other in order to provide both technical and mechanical data for a particular model.

While the ‘technical’ publications were issued under a variety of different titles, they would be considered to be predominately ‘Technical Maintenance & Specifications Manuals’. In addition, the technical publications were the only documents that were ever issued by the factory that contain the appropriate maintenance, repair, service, adjustment and trouble shooting information for the SPICA Fuel Injection system. This manual is a compilation of the factory ‘Technical’ publications listed below and, while the list is not inclusive, the publications were selected as being representative for the 1750cc and 2000cc series of SPICA fuel injected Alfa Romeo Giulia models.

This book focuses exclusively on the various model