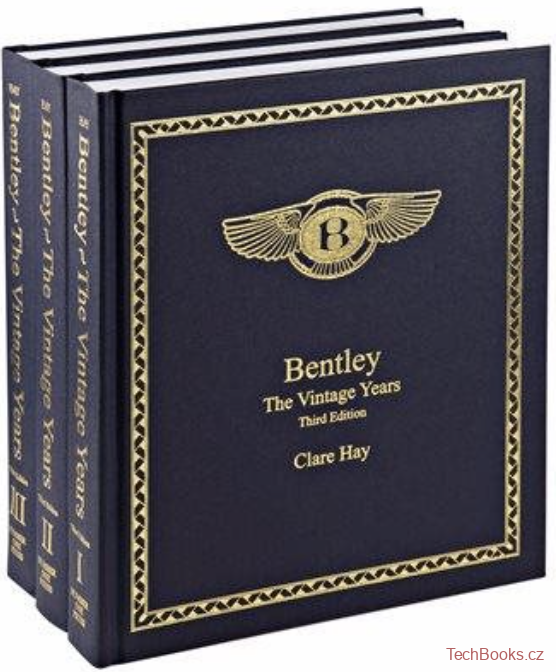 Bentley the Vintage Years, in its third edition, includes three volumes in a slipcase.

With the additional 18 years of research, Clare Hay has produced a superb update edition that benefits from a wealth of new photos—many never before published, at least not since the war—and buckets of data points.

The methodology remains: each Bentley model is given a chapter that begins with a basic overview, followed by specs in narrative/list form.

A new feature is a similar treatment of production modifications, which will be a crucial reference to anyone having to deal with restoration/authentication questions.

This is then followed by photos of, in this order, engines, chassis, and coachbuilders in alphabetical order and divided by style and date which facilitates an organic appreciationof coachwork development. Unidentified cars or coachwork end each chapter.

Hay firmly says that the data as complied and reconciled is “as accurate as it can be” but reminds that the integrity of primary sources  is outside her jurisdiction.

Vol. 3 is entitled “The Tables” and that’s just what it is, offering chassis listings, photo and registration indices, a list of show cars, ownership histories (for arbitrary, but practical, reasons recorded only up to 1970), sources for registration details, and more info about the coachwork, as well as clues to the correctness of the chassis down the years.

One of the most recognised and revered car brands,

The 41/2-litre Bentley is one of the most iconic

In the eyes of many the archetypal British sports

This book documents every Bentley model made,