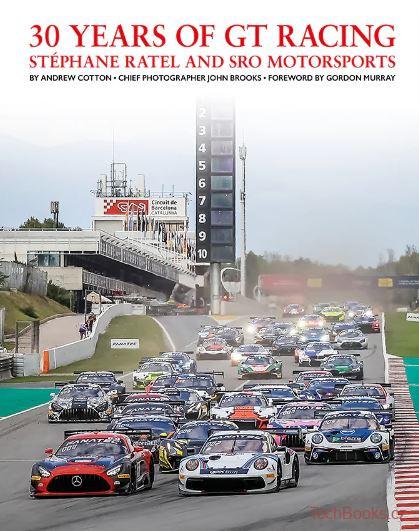 This lavish book tells the story of Stéphane Ratel’s journey from passionate young car enthusiast to architect of modern GT racing world-wide. Explained in his own words, and through those who have worked and raced with him, this extraordinary 30-year tale reveals the ups and downs behind the rise of GT racing to today’s world-wide phenomenon of great cars and great racing organised by the SRO Motorsports group. Complementing the story is a wonderful selection of 600 colour photographs covering every step of the way.

Catering solely for the British domestic

Beginning with a glimpse of the early heroic days

„When you’re in the car, the lights go out.“ So

The original edition of Daytona 24 Hours was