Úvod »» John Deere Evolution: The Design and Engineering of an American Icon

John Deere Evolution: The Design and Engineering of an American Icon 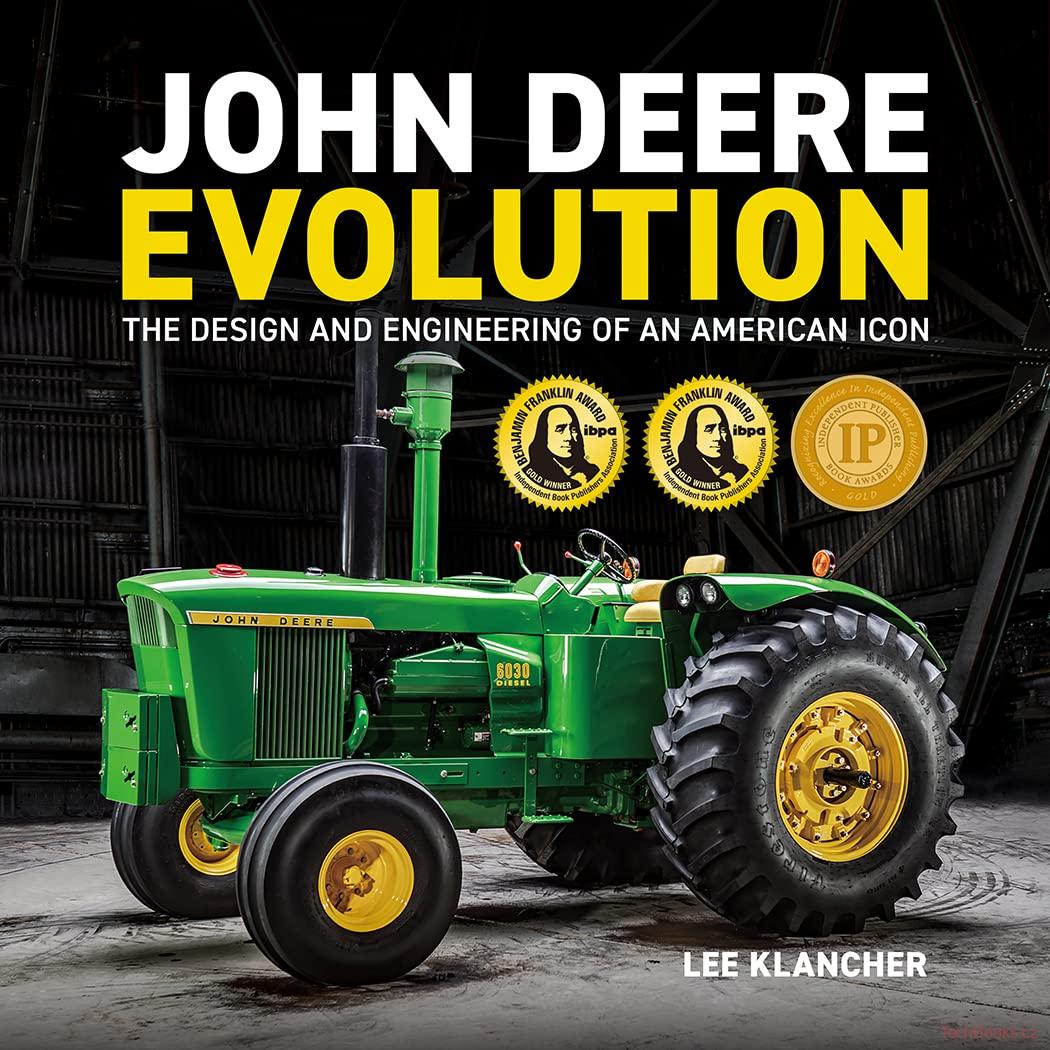 John Deere Evolution is a gold winner for the 2022 IBPA Benjamin Franklin Award in both History and Cover Design – Large Format. The book also won a gold award in the transportation category in 2022 IPPY Awards.

This visually stunning work blends tractors photographed in custom-built studios with concept drawings and behind-the-scenes looks at how the machines were designed and built. The beautiful book also is encyclopedic, containing examples of every model line built by John Deere since 1919. With contributions from industrial designers Chuck Pelly and William Crookes as well as detailed accounts of new technology for John Deere engineers, the book takes you deep behind the scenes to understand how these machines were designed and built. The stories inside include the fascinating rotary engine Deere prototype, detailed evolution of the Sound Gard body from both designers and engineers, a detailed account of the 7000 series engineering, and machines you never heard of including the rotary articulated Deere combine prototype from the late 1970s!

The book includes dozens of drawings and images from the archives of the Henry Dreyfuss Archives housed at the Cooper Hewitt Museum in Manhattan, many of which are from a newly-uncovered and previously unlabeled box of materials showing tractor design and development. In-person research was also done at the Theo Brown Archives kept at Wooster Polytechnic Institute. Period images from the Smithsonian, the Library of Congress, and other notable historic archives add visual depth to the history. Matching the strong visuals is an in-depth history that includes interviews with John Deere engineers, industrial designers, dealers, and farmers who created, sold, and used the machines, many of whom provide insight on developmental evolution and secret protoypes.

The book features more than 300 images, including many depicting one-of-a-kind machines and serial number ones. The stunning restored 6030 on the cover is the first example built, and the working 4020 shown here is the second built and the first powershift model. These and dozens of others in the book are some of the most valuable tractors in existence.

This lavish book offers fresh insight into the evolution and design of an American icon--get your copy today!

Vintage and Classic Tractor Restoration is a

In The John Deere Century, acclaimed author and