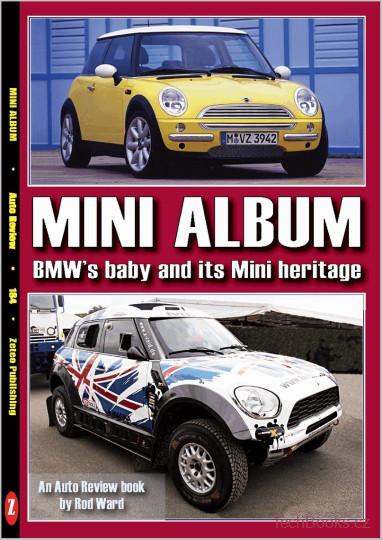 Auto Review 031 A Mini Album, the first volume in the relaunched Auto Review series, published in 2007, tells the story of the original Austin Se7en and Morris Mini Minor. It describes all of the many versions and variations in the Mini family. In this publication we succinctly reprise that tale, then take up the story of the development of a replacement model. This process would culminate in the new MINI, to be made by BMW, who became owners of the brand after they took over Rover Group in 1994. After outlining the heritage and character of the original Mini, which BMW wanted to maintain, more than half of this publication is devoted to the new MINI.

It is not so ‘new’ now, of course; the original Mini lasted for over four decades, and at the date of this publication the MINI is in its third decade. In these pages we maintain the conceit established by BMW of using capital letters for the name of their car, so that you will know if the text refers to an original Mini, made from 1959 to 2000, or a MINI, made by BMW after 2001. There have been three generations of MINI, the first one made by BMW from 2001 to 2006, the second made from 2007 to 2013 and the third generation made from 2014 to 2022. As we went to print, a fourth generation of the MINI family was due to arrive for the 2023 model year, delayed by a year because of the Covid-19 pandemic.