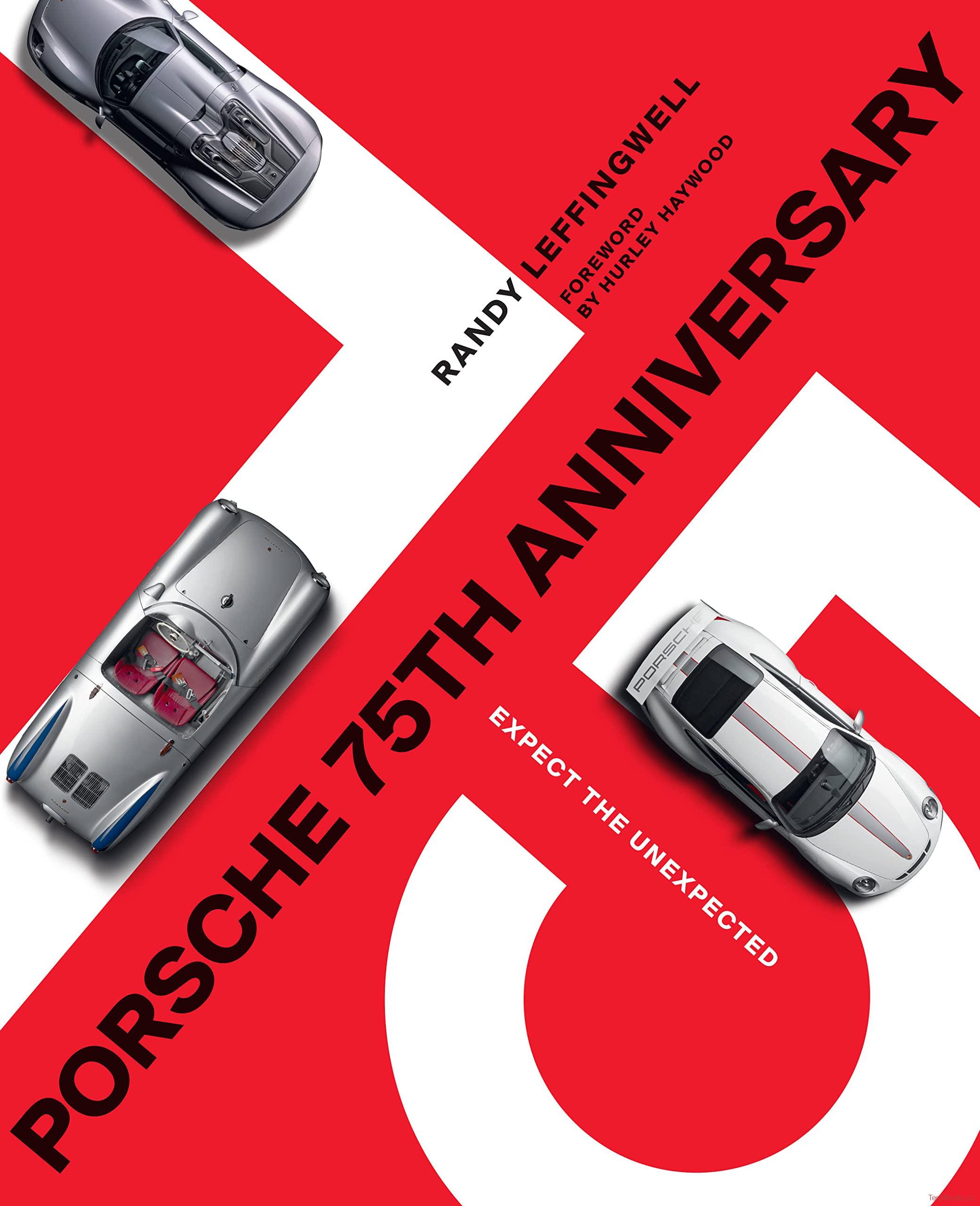 In Porsche 75th Anniversary: Expect the Unexpected, the full story of Germany’s fabled marque is revealed through a richly illustrated account of its most surprising moves and successes. Few other sports car manufacturers can match Porsche’s success in the showroom or on the world’s race tracks. In this stunning volume, automotive historian, photographer, and recognized Porsche expert Randy Leffingwell focuses his attention on

the key moments and models that have created the Porsche legend, from the original Gmund coupe to today’s 911, Cayenne, Panamera, and all-electric Taycan.Leffingwell’s recounting of Porsche’s history is accompanied by
rare images from Porsche’s own archive and punctuated with quotes and observations from key personnel. It’s a thorough, compelling, and revealing look at one of the world’s premier car makers.Created with Porsche’s cooperation, Porsche 75 Years takes you behind the scenes of Stuttgart’s most famous cars as well as its key players. This book offers something for all Porsche enthusiasts, whether they are rear-engine loyalists, race fans, or followers of contemporary vehicles like the Cayman, Boxster, Macan, and Taycan.Celebrate 75 years of Porsche excellence!

Although the company's first car, the 356 , did