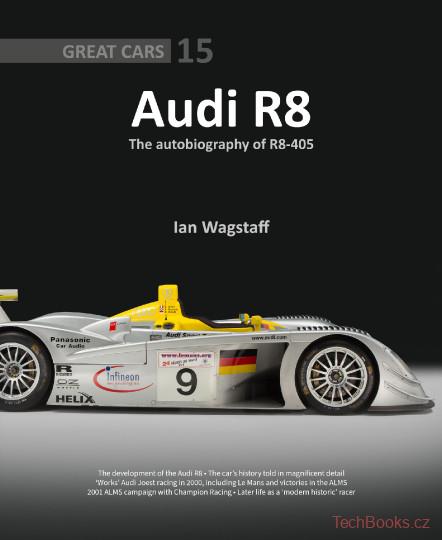 The Audi R8 was the first in a line of world-beating sports-prototype cars from the Ingolstadt marque which would dominate Le Mans and would see Audi remain at the forefront of international sports-car racing for over 15 years.

If such an award could go to a machine, Audi ‘R8-405’ – the car featuring in this book – was surely the ‘Man of the Match’ for the 2000 Le Mans 24 Hours. In the end it would finish second, behind one of its teammates which had a far less-troubled run, but it was not for want of trying by Allan McNish, his co-drivers Stéphane Ortelli and Laurent Aïello and their mechanics.

At Le Mans, ‘R8-405’ led the race for almost six hours, McNish setting fastest lap of the race in the morning still chasing his teammates in the eventual winning sister car. ‘R8-405’ would race on in the American Le Mans Series (ALMS), winning twice in the hands of Frank Biela and Emanuele Pirro.

In 2001, ‘R8-405’ competed for a further year in the ALMS, albeit in private – Champion Racing – hands, with regular drivers including Andy Wallace and Johnny Herbert. Despite its tender years, it would later go on to qualify as an historic car, and a host of new opportunities opened up as it became one of the most raced of all the R8s.

On a small assembly line in Neckarsulm, Germany,