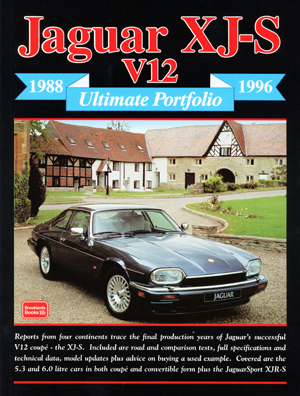 It took several years for the XJ-S to be accepted as a car in its own right rather than as a replacement for the E-type. By the mid-eighties it was a remarkably refined and sophisticated grand tourer, quite clearly differentiated from the saloons whose running gear it shared. It is an uncompromising 2+2 with distinctive styling. During the late eighties and early nineties, both styling and mechanical upgrades, made the car even more desirable. The last of the cars came of the line in 1996. Models covered: XJ-S Brandenburger, Lister, Coupe, Convertible, 6-litre & Jaguar Sport XJR-S.

The XJ-S was Jaguar's most controversial car.

The Jaguar XJS was one of the finest grand touring