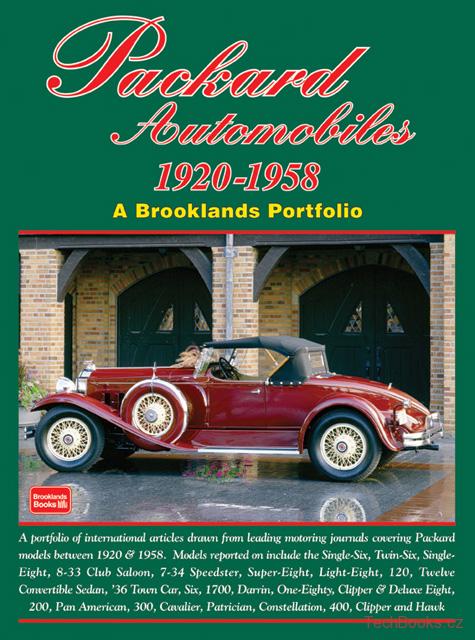 It was their dissatisfaction with a new Winton automobile that set brothers James and William Packard of Warren, Ohio on the road to building a car of their own. Five examples of the first Packard (Model A) were produced in 1899, followed by 49 of the revised Model B in 1900. The Packard Motor Car Company moved to Detroit in 1903 and gradually became recognised as a producer of top quality automobiles. The twelve-cylinder Twin Six arrived in 1915 and the company prospered during the 1920s.

However, just like every other American automaker, Packard was severely hit by the Great Depression in the early Thirties. By 1933 sales of its luxury models had slumped to around a tenth of the record total set four years earlier. A radical change in emphasis was required to ensure the company's survival and the solution came in the form of a new medium-priced car called the One Twenty (the model name was derived from its wheelbase measurement in inches) launched in January 1935.

The utilisation of mass production methods for the One Twenty model represented another revolutionary switch for traditionally-minded Packard, and it quickly became apparent that the old craftsmen-built construction procedure could no longer be sufficiently profitable. By 1940 all Packard cars were being assembled on the production line, but when the company started working on government contracts after USA entered the Second World War its skilled craftsmen were again in demand for the precision required when building vital supplies of aero engines and other military equipment.

Packard entered the early post-war years with revamped 1942 models but such was the pent-up demand for new cars that sales remained strong. In 1947 Packard built its millionth car and the company celebrated its 50th anniversary in 1949. Although the Fifties started out on a high note for Packard, as the decade progressed the company found it increasingly difficult to contend with the annual model changes of Ford, General Motors and Chrysler. The lack of a V8 engine and 'pregnant elephant' body styling also contributed to Packard's woes in the highly competitive lower end of the market while Cadillac now reigned supreme at the top.

In a bid to reverse its fortunes, Packard spent huge amounts on redesigning its range of cars and, although the much-needed alterations boosted sales figures, it wasn't enough. Tragically, the merger with Studebaker in 1954 proved to be a fatal mistake. Also heavily in debt and with rapidly declining sales, Studebaker effectively dragged Packard down into a catastrophic situation from which there would be no recovery.

The Curtis-Wright Corporation bought Studebaker-Packard in July 1956, mainly as a tax write-off, and immediately closed Packard's assembly plants in Detroit. For its final two years the Packard became nothing more than a badge-engineered Studebaker built at the South Bend, Indiana, factory and unsurprisingly these cars failed to attract buyers. Production of cars bearing the Packard name came to an end on July 13th 1958. Included are road tests, new model introductions and full performance data. A total of 296 fully illustrated pages.

Here we have the story of a firm which built

In its heyday a Packard was an esteemed luxury car