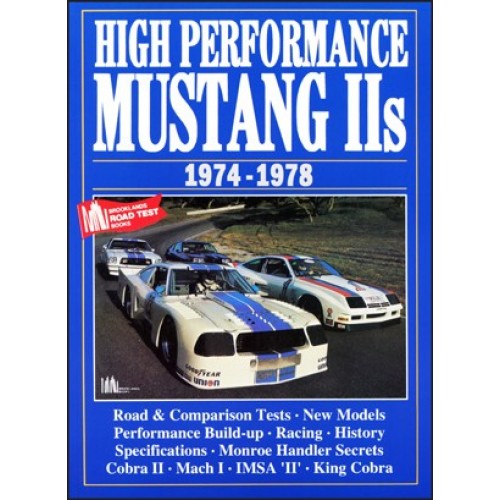 It took a while for buyers to get used to the Mustang II. It was nearly 12 inches shorter than the original Mustang, it was never available as a full convertible and it didn’t have the performance of its illustrious predecessors. In five years of production the most powerful engine listed was a 139bhp, 302c in, V8. The fuel crisis made things worse. However, in the mid-1970s it was highly desirable. The high-performance variants were the cars young American aspired to and they still have their original appeal.

Features  The first book about the Mustang II and