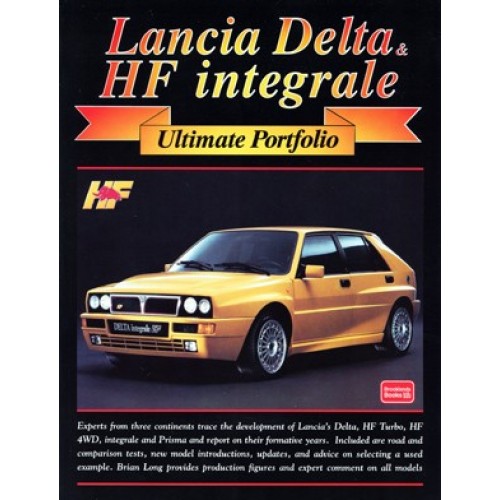 When Lancia's Delta first appeared in 1979, it looked like an interesting variation on an existing theme. For here was a family sized hatchback with equipment levels which marked it out as a pocket-sized luxury car. For further distinction, it had sharp styling by Giugiaro of Ital Design, and road testers rapidly discovered that it also had quite remarkable handling allied to the sort of performance expected from a Lancia. Over the next few years, Lancia introduced both smaller engined and larger engined versions of the original Delta 1500, plus a three-box saloon derivative called the Prisma. The stage seemed set for the car to have a relatively unspectacular career as one of the more interesting family saloons of the 1980s. But in the mid 1980s, Lancia changed all that. The catalyst was the domination of international rallying by the four-wheel drive Audi Quattro. Lancia resolved to take up the challenge, and developed the formidable Delta S4, a mid-engined four-wheel drive rally special based loosely on the Delta. It was an immediate success, but rule changes forced Lancia to develop a rally competitor which was more closely based on the production Delta. So in 1986 they came up with the first HF 4WD Delta, and this later became the integrale. In the second half of the 1980s and the early years of the 1990s, the Deltas, competing in the familiar colours of Lancia's Martini sponsors dominated the international rally scene. As the rally cars had to be matched by production variants, the ordinary enthusiast benefits too. Roadgoing versions of the integrale (always with left-hand drive) were sold through the showrooms, and offered an exhilaration in everyday motoring which was simply not available in the products of other manufacturers. Not surprisingly, road testers loved the integrale, and used every opportunity they could to get their hands on one and to write about it. Much of what they wrote and of what they thought about lesser examples of the Delta, is contained within the covers of this book. Reading it will help to explain exactly what was so special about the Lancia hatchback which evolved into a world-beating rally car. 64 articles cover the Delta, HF Turbo, HF 4WD, integrale & Prisma.