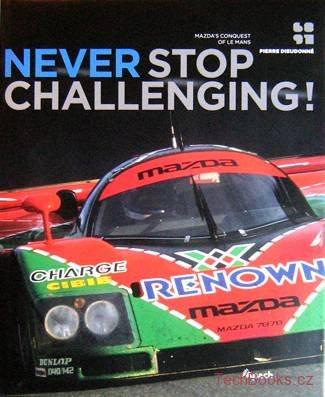 THIS CONVERSATION COULD BE CONSIDERED THE START OF THE ADVENTURE. ONE DAY IN NOVEMBER 1973, TWO MEN WERE TALKING AT THE FOOT OF THE KOGETSU-IN TEMPLE IN THE CITY OF OKAZAKI...

They were discussing the future of Japanese motor sport. One of them was Takayoshi Ohashi, a key figure in this book. He recalls: "We spoke for hours before coming to the conclusion that to reach a good technical level, we had to get to know the world motor sporting scene immediately and stay in contact with it. If we wanted to set ourselves a challenge, we had to do so in a top-class event. The Le Mans 24 Hours was without doubt the most prestigious and the toughest race. It seemed to be a rather presumpuous and daring aim, but we said 'lets try it anyway'. As we walked down the temple steps i felt a shiver run down my spine. And i dont think it was only due to the early-winter cold wind!"

THE QUEST FOR THE GRAIL WAS UNDER WAY. Relive it through this marvellous 350-page book written by Belgium driver/ journalist Pierre Dieudonne, and illustrated by many previously unpublished photos. In it, he tells the full story of this remarkable achievement, as for more than ten years he shared the hopes and dreams of all those who had sworn to put Mazda in the winner's circle on the merciless sarthe circuit.

The Mercedes sports-prototyp of the late 1980s