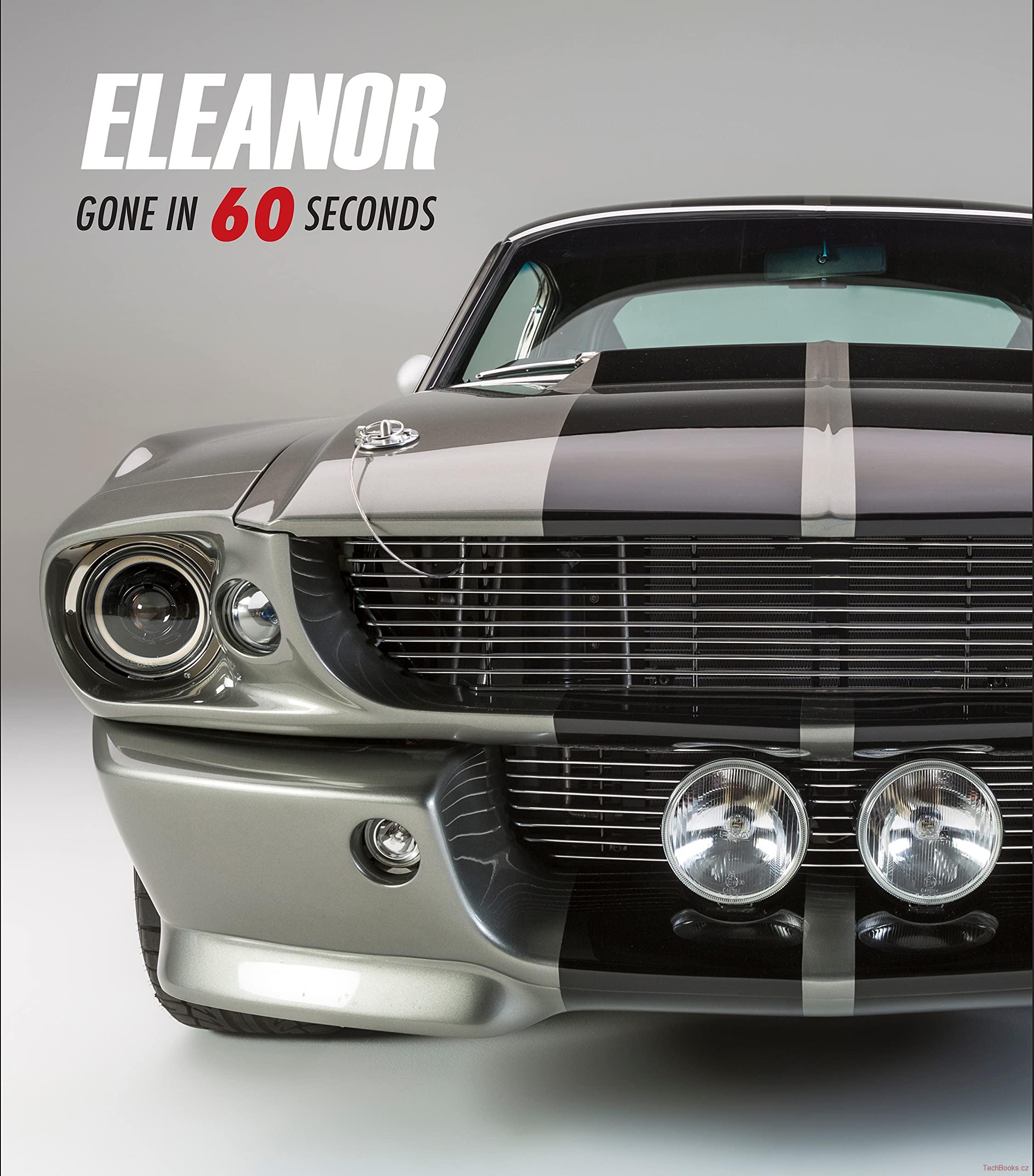 "The Most Famous Mustang in the World," seen in both Gone in 60 Seconds movies, races to the winner's circle for her very own deluxe hardcover!

Eleanor is the sleek and sexy star of not one, but two movies, and now she's the subject of in-depth, gorgeously illustrated "biography." Eleanor: Gone in 60 Seconds, written by James Bond's Aston Martin DB5 author Will Lawrence, goes behind the scenes and under the hood of the cars - both Ford Mustangs - that powered the 1974 cult-favorite indie film, Gone in 60 Seconds, and that actioner's 2000 remake that starred Nicolas Cage and Angelina Jolie.

Lawrence, in the first-ever authorized account of the fabled automotive movie star, whisks readers back in time to the car's conception by H.B. "Toby" Halicki, who wrote, directed, produced and starred in the original Gone in 60 Seconds - and staged its insane 40-minute chase sequence, the longest such scene in movie history. Halicki's Eleanor was a yellow 1971 Ford Mustang Sportsroof, while mega-producer Jerry Bruckheimer and director Dominic Sena tapped a 1967 Mustang Fastback as their Eleanor for the blockbuster remake.

Befitting a car that's not just a movie star, but also a work of art, Eleanor: Gone in 60 Seconds is packed with hundreds of stunning photos capturing image of the cars themselves, as well as posters, production documents, premiere invitations, and other fascinating ephemera - much of it published for the very first time.

By the time the 1969 model year rolled around, it

Not to be outdone by Chrysler, Ford had to build