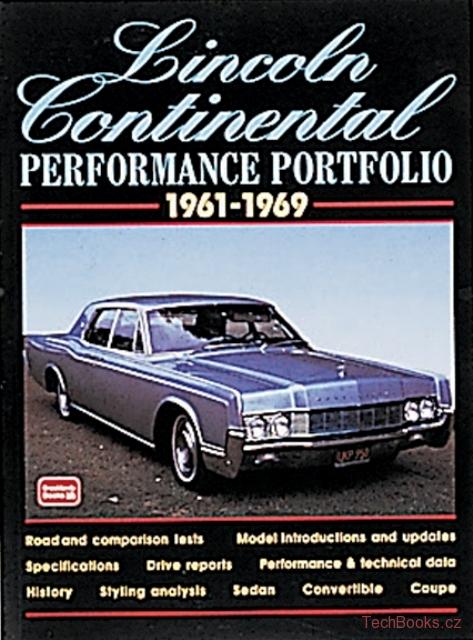 By the end of the 1950s, the Lincoln marque was slipping from favour. The bulky machines introduced for 1958 lost favour with the buyers and over the next couple of years sales tumbled, finishing at a miserable low of under 14,000 for 1960. So the marque badly needed an exciting new model for 1961 and, in that seasons Continental, it got what it needed. In fact, the restyled 1961 Continental was a massive success, and has gone on to be considered a modern classic. Its styling was so much liked that it remained basically unchanged until 1970 brought in a new range of Lincolns. Buyers were content with nothing more than occasional headlamp and grille changes, an extra three inches in the wheelbase for 1964, and a longer hood with more rounded wheelarches for 1966. The finely chiselled look of these Continentals was the work of a styling team led by Elwood Engel. Initially available as a thin-pillar four-door sedan or a four-door convertible sedan, they also came as a two-door hardtops from 1966. Yet good looks were only a part of the package. Early models had a muscular 300bhp 430c.i. V8 motor, which was upgraded to 320bhp for 1963 and then to 462 c.i. and 340bhp for 1966. And these massive cars were renowned for the excellence of their construction. The 1961s boasted the most rigid unitary body ever seen, top-quality protection against rust and corrosion, and such features as a sealed electrical system and the sort of close-tolerance component machining expected on cars of only the very highest quality. All these factors were reflected in strong sales. From that 14,000 low in the 1960, Lincoln posted 25,000 for 1961 and went on to reach a record 55,000 for 1966. While time has taken its inevitable toll of these numbers, there are still plenty of sixties Continentals around for enthusiasts to cherish and enjoy. The articles in this book can only aid that enjoyment. This is a book of contemporary road tests, new model intros, drivers reports, history & long term tests. 140 pages, 300 illus. SB.

The restyled 1961 Continental was a massive

There can be no question as to the automotive