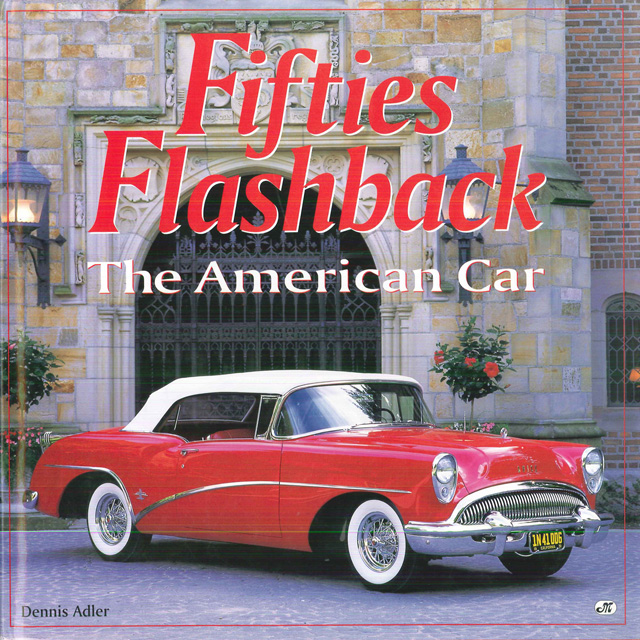 This book captures the spirit of the post World War II America and the era of tail fins, big chrome, and glitzy trim created by Detroit automotive stylists. Here is the complete story of Detroit as it emerged from the war and geared up to produce the first completely new automobiles since the 1930s. In depth interviews with Ford, General Motors, and Chrysler stylists take you into the Detroit design studios and executive board rooms of the 1950s, and behind the scenes at Packard, Studebaker, Hudson, and Nash.

Author Dennis Adler has photographed some of the most significant cars of the 1950s and compiled a history that details the emerging postwar auto industry and the influence the automobile had on the American landscape throughout the decade. The artistry of his sensational large format photography and period photo locations parallel this spectacular saga of an American era unlike any other.
More than 125 color, and 30 historical black and white photographs—some never before published—chronicle this exciting period in the history of the American automobile.

The name Cadillac has always represented the