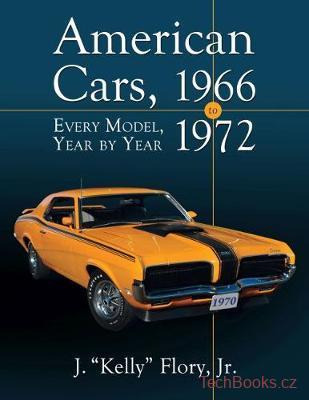 Every Model, Year by Year

The automotive industry underwent great change in the 1960s and the early 1970s. The continuing trend toward market consolidation, the proliferation of sizes and nameplates, and the "need for speed" characterized this period, loosely labeled as the muscle car era.

This is an exhaustive reference work to American made cars of model years 1966-1972. Organized by year (and summarizing the market annually), it provides a yearly update on each make's status and production figures, then details all models offered for that year.