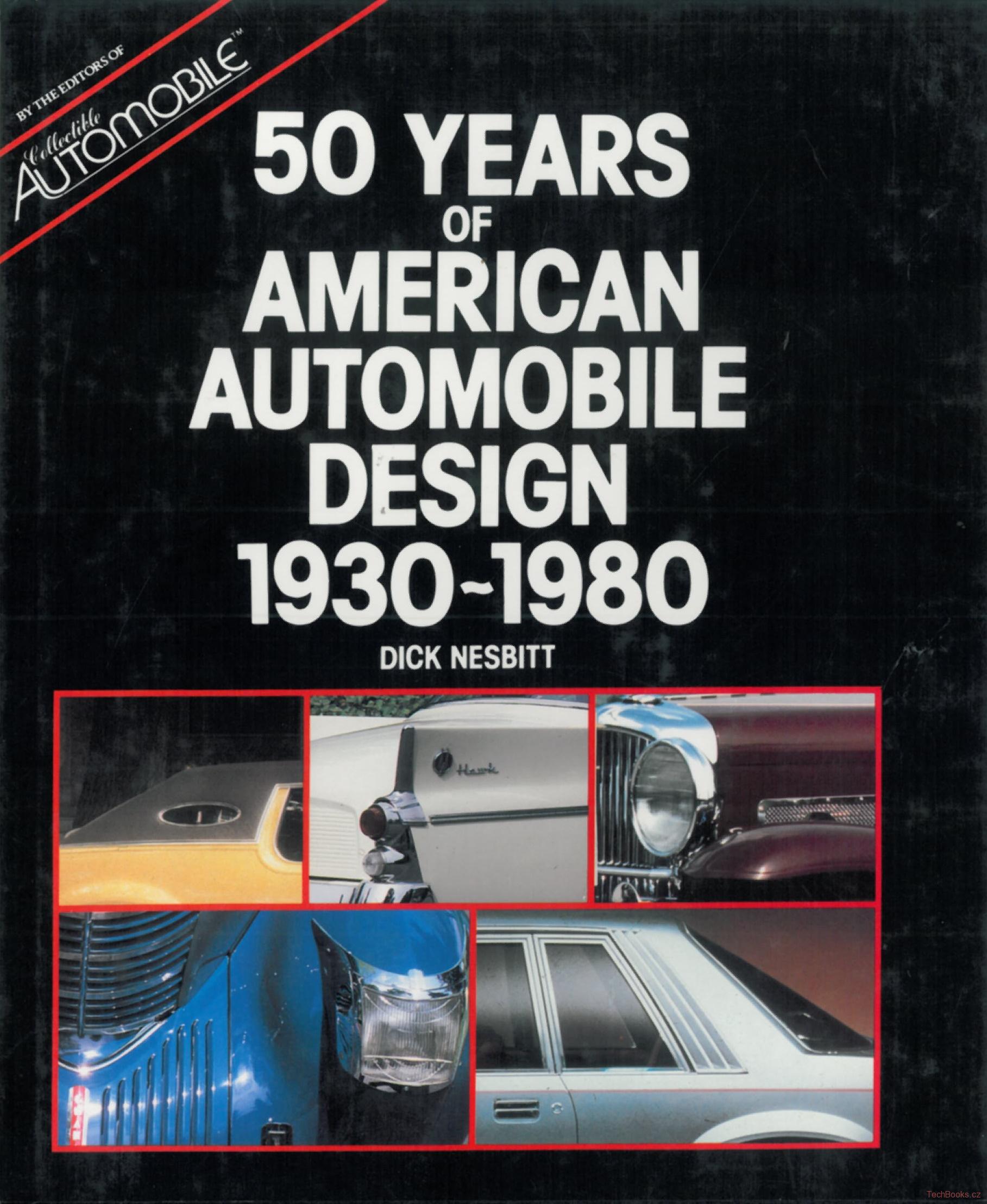 It hardly needs saying that the American automobile has undergone profound changes in the past half-century. They involve not only mere surface appearance but the car's fundamental architecture and how that is conceived, realized, and built — technique and technology. Yet des-pite the stark differences between today's sleek "aerodynamic" designs and the great Classics of 50 years ago, one thing remains constant: like any human endeavor, a car is a product and a reflection of its time, the creation of people responding to the social and economic forces around them. In 50 Years of American Automobile I 1930-1980 you'll gain a fascinating new perspective on the evolution of Detroit styling through the eyes of Dick Nesbitt, the noted industrial designer who began his career as an interior and exterior stylist at Ford Motor Company. Here are the forces, fads, and foibles that have shaped our cars over the most significant 50 years in automotive history, with concise, thoughtful analysis and more than 30 beautifully reproduced color renderings of Detroit's design landmarks created by Mr. Nesbitt especially for this book. You'll also find dozens of breathtaking color photographs, informative line drawings of specific design trends and features, and a complete glossary of automotive design terminology that will help make you a styling expert. Handsomely produced by the editors of COLLECTIBLE AUTOMOBILE"' maga-zine, the new standard of excellence in old-car hobby periodicals, the book begins with the historic transition from tradi-tional four-square lines to the streamlined forms that took hold in the Thirties and predominated through the Forties. It con-tinues with the origins of the fins and flash that swept tht industry in the Fifties, the return to restraint in the Sixties, and the emergence of the "neoclassic" school in the turbulent Seventies. Among the key designs featured are the pivotal 1934-37 Chrysler/DeSoto Airflow, Cadillac's pre-dictive 1938-41 Sixty-Special, the timeless 1940-41 Lincoln Continental, Chevrolet's milestone 1955 passenger cars, Ford's sassy two-seat Thunderbird, Buick's 1963 Riviera, the forward-thinking Studebaker Avanti, the popular 1965 Ford Mustang, and the sensational Corvette Sting Ray. All this and more in 64 memorable, fact-filled pages.

Few nations have had such an enduring love affair

From the Cadillac to the Apple Mac, the skyscraper

Everything around us is designed and the word