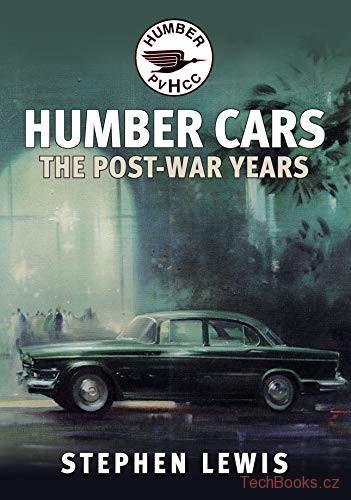 Humber Cars date back to 1899, when Thomas Humber produced his Humber Phaeton model. The company went on to manufacture various quality motor vehicles, but financial difficulties during the 1920s led to it being bought out in 1928. The company became part of the Rootes Group, which would also include Hillman, Sunbeam, Singer, Commer and Karrier. The Rootes brothers were keen to promote the Humber marque as a prestige brand to place it alongside Rover and Jaguar. This book takes up the story of Humber cars at the end of Second World War, looking at the Hawk, Super Snipe and Sceptre, as well as the marque’s association with royalty and government. The marque’s eventual demise came in 1976, and Stephen Lewis utilises an array of fascinating rare and previously unpublished images to tell the full story of Humber’s post-war era.