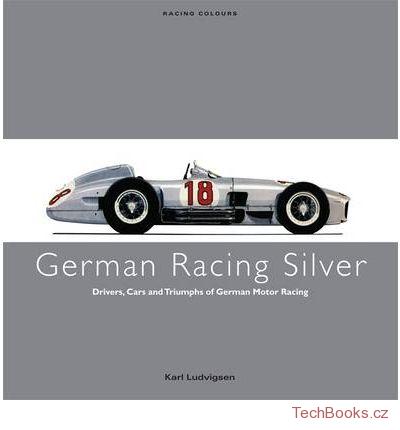 From Lautenschlager to Schumacher, Germany's racing drivers have etched their names at motor sport's very pinnacle. For Mercedes in 1908 and 1914, Christian Lautenschlager won two of the greatest Grands Prix in history. Discovered by Mercedes-Benz, Michael Schumacher went on to win a spectacular seven world championships. Home Marques Porsche, Mercedes-Benz and Auto Union attracted Germany's best drivers from Hans Stuck, Rudy Caracciola and Manfred von Brauchitsch to Hermann Lang, Karl Kling and Hans Herrmann. Theirs were racing cars that were both white and silver, the latter passing into legend with the 'Silver Arrows'. In these pages, Porsche accelerates from plucky underdog to dominant power with its 917, 'Turbo-Panzer' of the Can-Am series, and 956 and 962 endurance racers. Mercedes-Benz teams Juan Fangio with Stirling Moss in the 1950s to sweep both Formula 1 and sports-car classics. Karl Ludvigsen's dramatic telling of the German saga brings to life the great tracks, the Avus and the Nurburgring, and the cars that raced for Germany from BMW, Adler and DKW to Veritas, Audi and Borgward. Not overlooked are the exploits of such battlers in the class wars as NSU, Stoewer, AFM, Zakspeed, Scampolo, Zoller, AWE, Horch and Ford of Germany. The glistening silver centrepiece of this unique tribute to Germany's racing cars and drivers is the decade of the 1930s, when the Third Reich controversially backed motor sports to flaunt its skill and power. With its historic contests and sensational racing cars that coruscating decade is still classed as motor racing's Golden Age. This is one book that is certain to have motor racing experts and fans thoroughly exhilarated, enticed and eager for the next instalment!

Few racing cars have had the sensational impact of

Ferrari is the quintessential bearer of Rosso

In this dramatic first volume, leading experts of

Not only the birthplace of motor racing, France