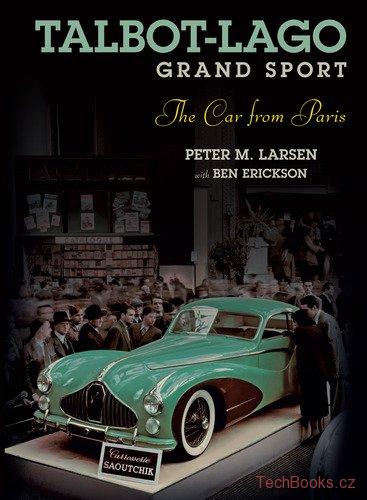 The Talbot-Lago Grand Sport was an automobile destined for the grand cru sportsman and chic Parisian society in equal measure. It was a grand gesture, and the final flowering in France of the great tradition of the truly custom motorcar. The chassis was built to carry coachwork that was the last expression anywhere in the world of grand style and luxury. The Grand Sport was outrageously exclusive and something for the very few. Not just because of its price, which was stratospheric, or its limited practicality, which was irrelevant: this was a car that was chic, ritzy, aristocratic and sharp as a knife all at once.

Volume I tells the story of how the Grand Sport was born in the bleak post-war years. It is the story of how Talbot-Lago came into being, and the incredible tale of Anthony Lago’s life with his rise from refugee to penniless car dealer in London and finally luxury car maker in France. The post-war history of the marque is dealt with in great detail, additionally there is an in-depth discussion of the chassis and its components. A large section is devoted to a history of every single carrossier who bodied a Grand Sport chassis.

Volume II contains a detailed chassis by chassis history of every single Grand Sport laid down by the factory.

Not only the birthplace of motor racing, France