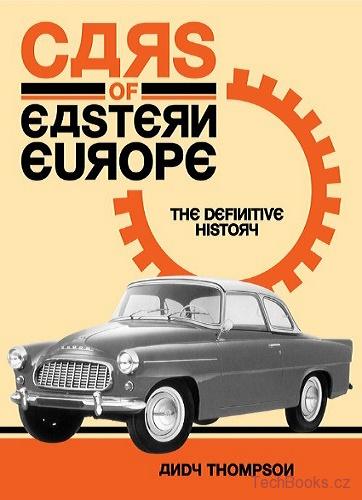 From 1945 to 1990 car engineers and designers behind the Iron Curtain worked not to the whims and fancies of motorists but to the plans and diktats of government bureaucrats. Cars of Eastern Europe tells the story of the cars and vans made in Latvia, Poland, the former Yugoslavia, the Czech Republic and Slovakia, Hungary, Romania, Bulgaria and East Germany. In a region that stretches from the Black Sea to the Baltic, the vehicles were as varied as the nations themselves. Now that eastern Europe has come in from the cold, this book offers a unique and timely survey of the motor industry in this often overlooked part of the continent.

This extraordinarily detailed study charts the

Cena pro Vás 399 KČ
POZOR! 2 The automotive landscape in Czechoslovakia in the seventies