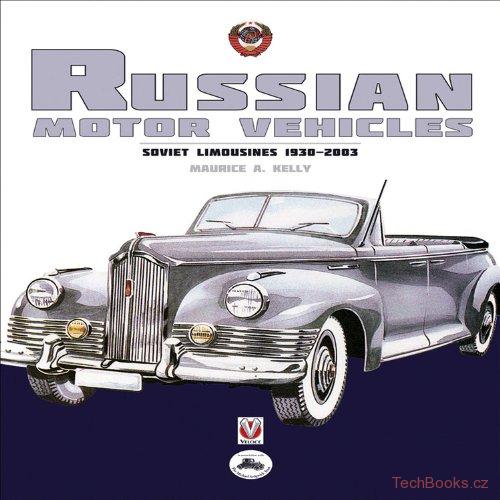 Covers the inception of a policy to build Limousine models in the former Soviet Union, instigated by Marshal Josef Stalin when the first Five Year Plan was initiated in 1927. The book charts the production of all of these cars, from the Leningrad L-1 of 1931/32 to the final examples produced in 2003. With full specifications translated from the relevant primary sources in Russian and Chinese literature, this is a meticulous and unique account of a previously neglected subject.

A book concerning Russian Limousines, and the Chinese models that were initially derived from them, has never been attempted before. This book investigates the whole story of why the Soviet Communist Party required such a bourgeois product, and how production was subsequently achieved. Following the orders of Stalin, work on the Limousines commenced during the first Five Year Plan (1927-1933) at the Putilov Works, late the Kirov Zavod, where the Leningrad L-1 was made in a limited number. From these beginnings, the Moscow and Gorky models emerged, and later the Chinese-derived types made with Russian aid during the late 1950s.
Covering all of these models, up to the last one produced in 2003, and featuring full specifications translated from the relevant primary sources in Russian and Chinese literature, this is a meticulous and unique account of a previously neglected subject.

"This 128-page, well-illustrated title sorts out your ZILs from your ZISs in an eminently readable style." – Classic & Sports Car

This extraordinarily detailed study charts the