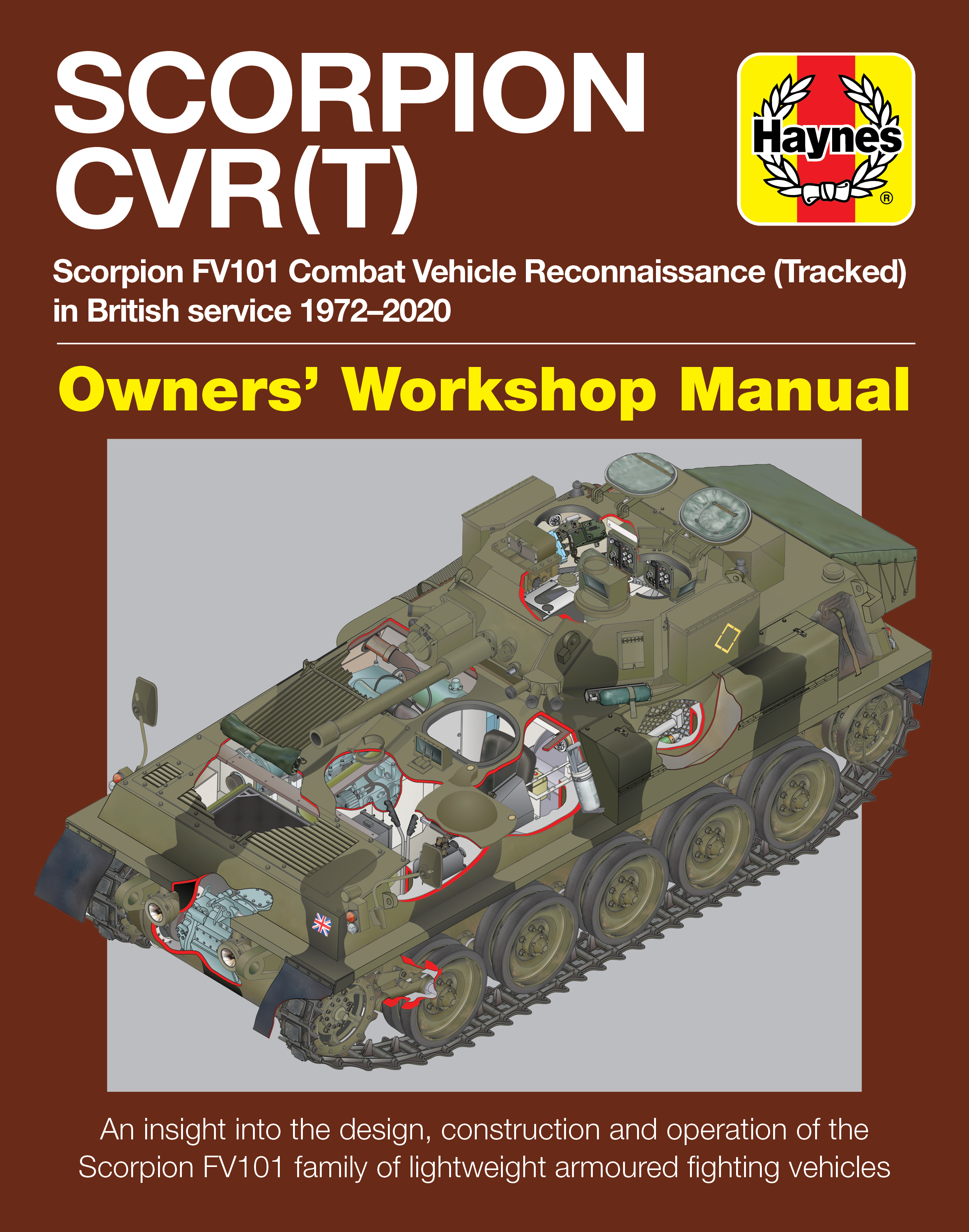 An insight into design, construction and operation of the Scorpion 7V101 family of lightweight armored fighting vehicles

The CVRT (Combat Vehicle Reconnaissance Tracked) family of reconnaissance vehicles has been highly successful since its introduction by the British Army in 1972 and it has seen extensive combat from the Falklands War to Afghanistan. Its variants include the lead vehicle, Scorpion, armed with a 76mm gun and the 30mm-armed Scimitar that were both employed in the reconnaissance role with Spartan as an armoured personnel carrier.

The combat history of CVRT is one of the most powerful aspects of the Haynes CVRT Scorpion Manual and includes accounts of its first operational deployment during the Turkish invasion of Cyprus in 1974; the Falklands War in 1982; the Gulf War in 1991; Somalia in 1993 and the Fourth Anglo-Afghan War, including the testimony of the most highly decorated soldier in the British Army, Mick Flynn, who fought in CVRT from the Falklands to Afghanistan, as well as the recollections of Prince Harry during his service with the Blues and Royals in Afghanistan.

Supported by more than 250 photographs and illustrations, Simon Dunstan tells the story of CVRT’s development, its anatomy, combat record and how it is operated and maintained by the armies of 16 nations worldwide. The full range of Scorpion variants including Scimitar, Spartan, Striker, Sultan, Samaritan and Stormer are covered, as well several other specialised versions and export models to over a dozen nations.