Úvod »Motocykly» 1001 Steve McQueen Facts: The Rides, Roles and Realities of the King of Cool

1001 Steve McQueen Facts: The Rides, Roles and Realities of the King of Cool 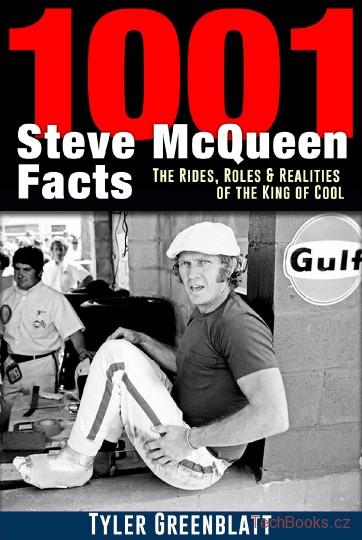 Tough as nails in real life, Steve drove with a cast on his foot at Sebring after taking a spill on his motorcycle a few weeks before.

Steve McQueen touched the world through his larger-than-life on-screen persona portraying characters who were flawed and realistic. He played roles to perfection due to his own imperfections and the bitter realism of his early life. As Steve once said, he had seemingly lived an entire lifetime before his 18th birthday, all of which shines through in his signature blue-eyed icy stares, and today he is remembered and revered not only for his acting but also for his racing prowess and the world-class automobile and motorcycle collection he amassed in a relatively short time.

Author Tyler Greenblatt has waded through the plethora of information available to compile 1,001 of the most interesting Steve McQueen facts in this cumulative volume that is sure to keep fans of the actor, racer, and collector enthralled for hours.

Triumph, one of the world's most famous motorcycle

Let me say it right off the bat: the idea of

No other Hollywood star has been so closely linked