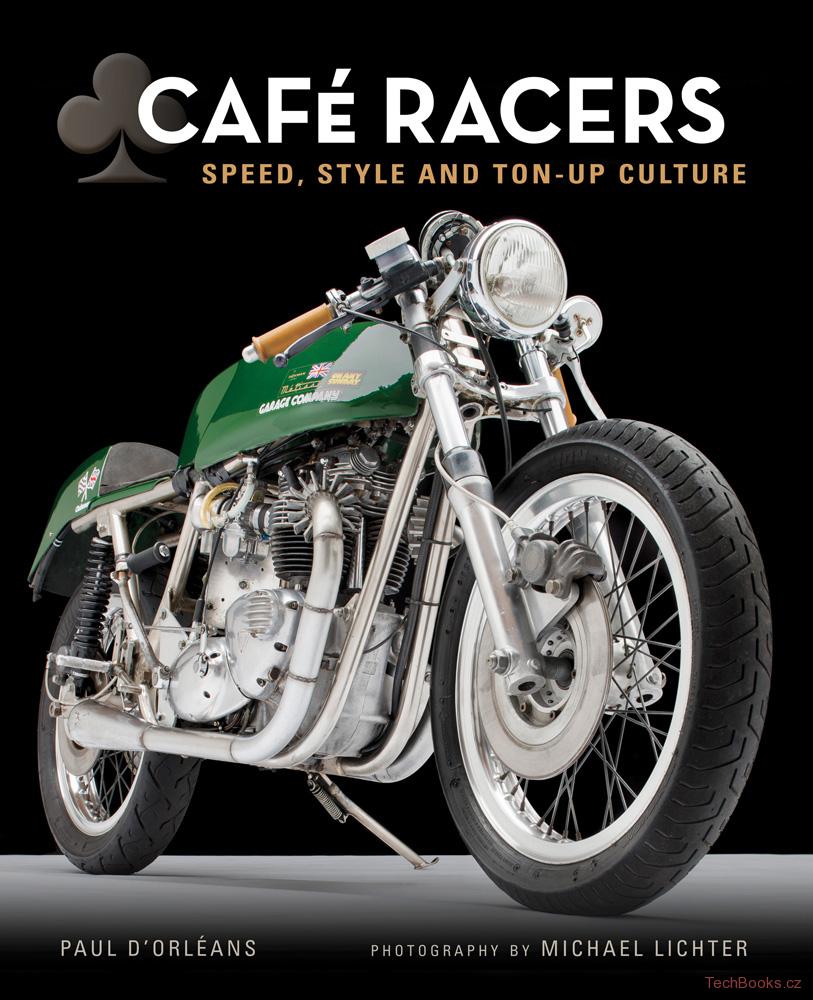 A photographic chronology of some of the fastest, most stylish, and most individualized bikes in motorcycling history. Originally used as a slur against riders who used hopped-up motorcycles to travel from one transport café to another, café racer describes a bike genre that first became popular in 1960s British rocker subculture - although the motorcycles were also common in Italy, France, and other European countries. The rebellious rock-and-roll counterculture is what first inspired these fast, personalized, and distinctive bikes, with their owners often racing down public roads in excess of 100 miles per hour ("ton up" in British slang), leading to their public branding as "ton-up boys." Café Racers traces café racer motorcycles from their origins in the mid-twentieth century all the way into modern times, where the style has made a recent comeback in North America and Europe alike, through the museum-quality portraiture of top motorcycle photographer Michael Lichter and the text of motorcycle culture expert Paul d'Orléans. Chronologically illustrated with fascinating historical photography, the book travels through the numerous ever-morphing and unique eras of these nimble, lean, light, and head-turning machines. Café Racers visually celebrates a motorcycle riding culture as complex as the vast array of bikes within it.

• A window into the world of the BMW café racer  •

Features • The custom-built side of Italian

Triumph, one of the world's most famous motorcycle

Cena pro Vás 716 KČ
How to Build a Cafe Racer

What's old is new again, and the newest trend on