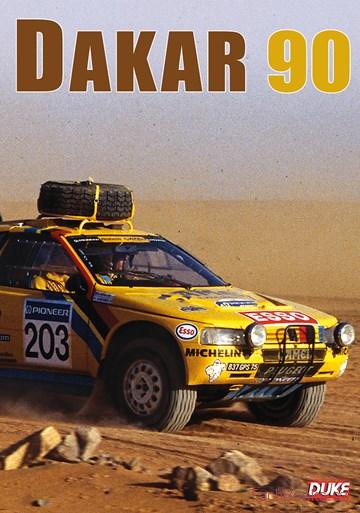 Ari Vatanen and Edi Orioli were the winners of the 1990 edition of the Paris-Dakar Rally but the race was - as always - about a lot more than just the headline results.

465 competitors set out from La Defense in Paris, proving that in just 12 short years the event had changed from a quirky challenge for hardy and adventurous amateurs to a global phenomenon attracting the biggest manufacturers and world famous drivers.

For France, and for Peugeot in particular, the race was an obsession and with the demise of the all-out Group B formula in World Rallying the desert became the natural terrain for no-holds-barred full works off-roaders.

In Ari Vatanen Peugeot had a tough, no-nonsense, extremely gifted driver able to adapt to the varied terrain: In the Paris-Dakar Rally the world had rediscovered the sense of adventure that infused the early days of motorsport. Combined with cutting edge race technology and stunning backdrops it’s not hard to see why TV audiences were hooked.

Watching this classic review, never before available on DVD from Duke, we promise you’ll be just as spellbound nearly 30 years later!