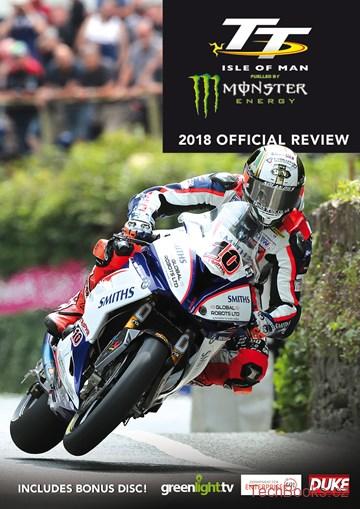 The first Suzuki Superbike win for nearly a decade, for Michael Dunlop. The first TT podium finish for Peter Hickman, followed by four more over the week. The first Superbike TT win for Ian Hutchinson since his fantastic run of five victories in 2010. The first non-British Privateer Champion, Austria’s Horst Saiger.

And, most sensationally of all, the first 117mph lap of the TT course by sidecar, for Champions Ben and Tom Birchall.

It was also the first TT this century without John McGuinness on the start line, but as you will see the absence of the reigning King of the Mountain only spurred the young pretenders to even greater heights.

All this and much, much more is featured on the superb official review of the action-packed 2017 Isle of Man TT Fuelled by Monster Energy.

Featuring thrilling highlights of each and every race, interviews with the key riders and loads of analysis of the action, both on track and off it, the review is truly unmissable.

The Isle of Man TT 2015 fuelled by Monster