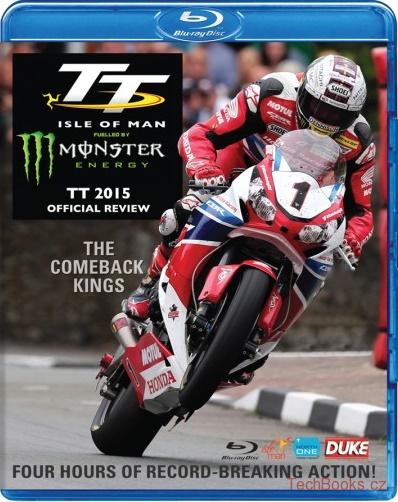 The Isle of Man TT 2015 fuelled by Monster Energy was a record-breaking affair that had it all: sunshine, drama, excitement and sensational racing.

All of the top ten or so solo riders were in with a chance of a win and there were plenty of quality sidecar crews determined to make an impression on the podium places.

No fans can have left the Isle of Man disappointed with what unfolded as TT 2015 proved to be one of the best meetings for decades.

Ian Hutchinson completed a stunning return to form after five hard years recovering from injuries with an excellent treble of wins.

Ivan Lintin, Bruce Anstey and Ben and Tom Birchall all tasted the champagne of success but it was John McGuinness who saved the best for last in the Senior race to reclaim his ‘King of the Mountain’ title.

All-in-all it was as action-packed as anyone could wish for and throughout it all our cameras were on hand to catch the highlights in high definition for the excellent Official Review on Blu-ray.

With the best bits of all seven solo and the two sidecar races, plus feature stories away from the races, this is the comprehensive, indispensable Official Review of the Isle of Man TT 2015.

Look out for the exclusive ‘Sensations of Speed’ bonus feature – only on Blu-ray.